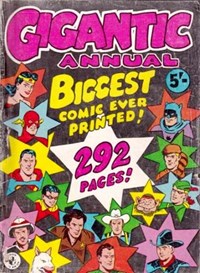 This labour-intensive process would have required printers like Don to have a clear 'mental image' of the colour effect they wanted to achieve, as there was no chance of seeing the final colour scheme before the cover was printed. This process was by no means fool-proof, which would explain the occasional 'lapse' where parts of a character's costume might be printed using an incorrect colour.

"Each single colour item and [piece of lettering] was hand-cut and taken into the darkroom and exposed to film with different strength tone screen prints to reproduce each colour – which took up to four days to complete."

"Because they had to do a lot of tedious, fine work, a lot of blokes [in the printing trade] went off their heads!" 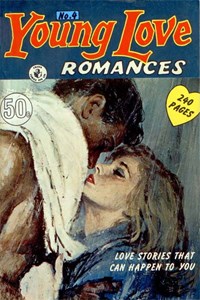 "KG Murray was like Walt Disney – they never wasted anything," according to Don. "Old cartoons from Man magazine in the 1930s were reused in the 1950s with new artwork."

"All the Murray comics had a quarter inch white trim and, when unsold, were returned, rebound and re-trimmed to make Mammoth Comics."

"When Kenmure closed [circa late 1970s?], I was retained with a skeleton staff for two years. However, when the comics came in, I had no way of completing them. So I devised a method of painting the three colours in photographic greys and had them screened on the camera to produce colour screened films – these went through without being noticed."

Don subsequently worked for the Australian greeting card company, John Sands, where he was the Photo Litho foreman until the printing plant where he was employed was closed down. (It's possible this closure occurred sometime after 1978, when the family-owned John Sands business was bought out by the Valentine Greeting Card Company.)