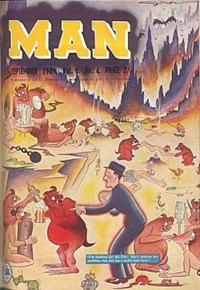 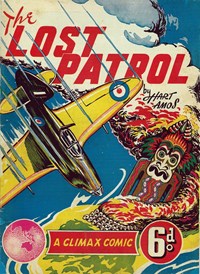 Kenneth G. Murray was a Sydney-based advertising agent who also published two trade journals when he decided to launch Man ('The Australian Magazine for Men') in December 1936. Modelled after America's Esquire magazine, Man proved to be a surprising success in Depression-era Australia. By 1939, Man was selling 60,000 copies per month. Murray was sufficiently confident of the title's success to launch a digest-sized companion, Man Junior, in 1937.

Man Out of Space 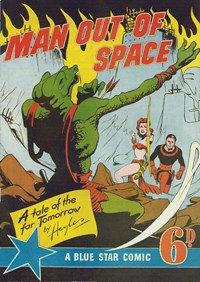 With the end of World War Two and the easing of paper rationing and new publication embargoes, the K. G. Murray Company entered the comic book market in 1946. 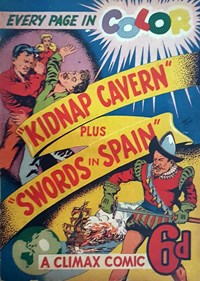 Several of KGM's early comics appeared under the short-lived "Blue Star" logo, including Vernon Hayle's sci-fi comic, Man Out of Space (1 issue/1946), Noel Cook's Treasure Planet (1 issue/c.1947) and Royce Bradford's Valley of Doom (1 issue/c.1947). These early KGM titles are extremely rare and today are worth upwards of $100 each.

(It's worth noting that this colour series was actually preceded by KGM's black & white, one-shot title, Climax All-Australian Comic, which also featured strips by Noel Cook and Hart Amos.)