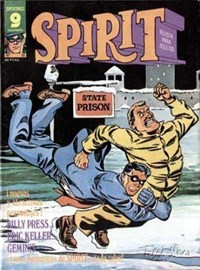 (Garbo, Spain) was the first issue to include Geminis.

Geminis has been published in Spain, Italy, Argentina, Germany, Australia and France.11Reported at www.tebeosfera.com, but posibly based on the similar list in a profile of Font in Címoc 51, 1985....   Many of these printings have not yet been identified. 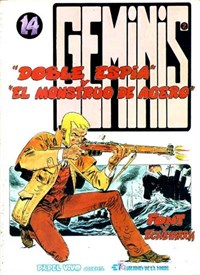 The logo/mashead on the Spirit (Garbo, Spain) printings differs from those on the KG Murray (Australian) and L'Echo des Savanes (French) versions, suggesting that they are from a different distribution of the artwork. 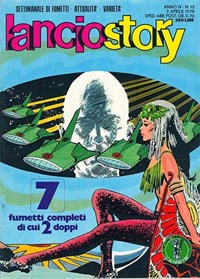 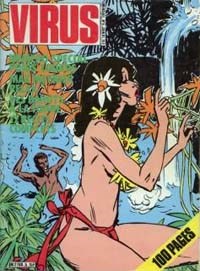 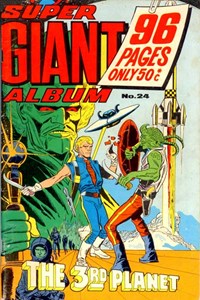 The final episode of Virus (L'Echo des Savanes, France) included the first episode of Geminis (1981).88See Virus 5 at www.ausreprints.com....   The series does not appear to continue in the publisher's other comics.

To search the AusReprints database for Geminis stories, Click here.