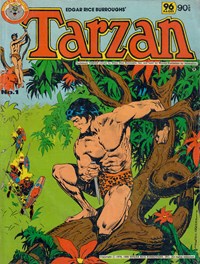 I devised a process for the covers

During 1979-1982, Don renewed his association with comic books, once more through Murray Publishers (as the company was now known), which had been operating as a division of Australian Consolidated Press since 1972.

"I was approached by Murrays to help them have their covers produced, as they had a giant backlog," according to Don. 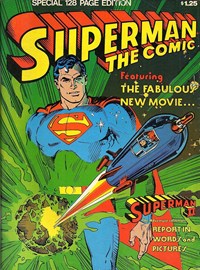 "These covers were of a very complex nature and had been rejected by other suppliers [printers] as being too time consuming."

"These [comic covers] had galactic space scenes, with multi-coloured star bursts in tiny dots, which were impossible to do by hand."

"I devised a process of painting the covers [on the] reverse [side of the] emulsion film, using flexible paints that reproduced the primary ink colours for exact reproduction in scanning and camera photography, with airbrush on the front of some [of the covers] – which really was the same as [producing] animation cells [for animated] cartoon production." 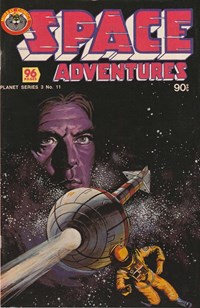 "I did 50 of these covers, which included Batman, Tarzan, Superman and other [DC Comics] covers [appearing] under the Murray banner."

"Some of these I've had framed as animation cells and a couple of them have been framed with the printed comic as well."

It's possible that Don is referring to the series of one-shot titles produced by Murray during the 1979-82 period, which could have included such comics as Superman The Comic (1981).

Don's final involvement with Murray coincided with the demise of the former KG Murray comic book line, which was eventually sold to Federal Publishers, a publishing division of Hannaprint, in 1983.

The author would like to thank Mark Muller and Spiros Xenos for their assistance in researching this article. However, any mistakes and omissions are the author's own. If anyone has any further information about, or contact details for, Don Richardson or his family, they can contact the author, Kevin Patrick, at PO Box 1055, Camberwell, Victoria 3124 Australia, or via email at Kevin Patrick .