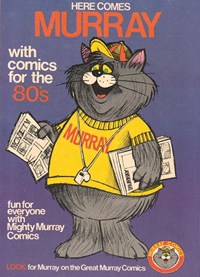 Planet Comics gave way to a new-look logo and image in 1980.

The Daring New Adventures of Supergirl 2 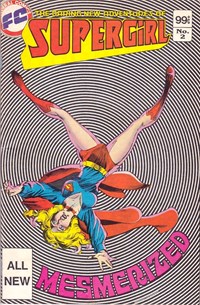 The line was renamed Murray Comics and now featured an all-new company mascot, Murray the Cat, who offered readers the chance to subscribe to a range of Murray Comics titles.

It was not uncommon for Murray Comics to revive titles that had last seen print under the company's old Planet Comics logo. For example, the 1970s-era Super Adventure Comic title (80+ issues) was revived in 1983, featuring a different line-up of superhero characters. 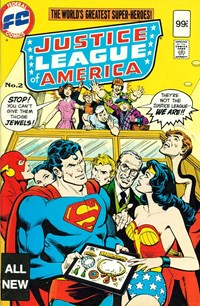 Murray the Cat, however, didn't last the distance and was replaced in 1983 by the far more mundane-sounding Federal Comics imprint, to coincide with the parent company's new name, The Federal Publishing Company.

These colour editions bore the DC Comics logo with the legend 'Australian Edition - All Colour' and featured the promotional byline 'Federal Comics are the RAGE!' to reinforce the message of Federal's then-current cinema advertising campaign.