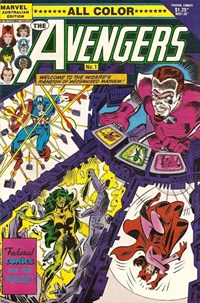 Nothing could save Federal Comics from oblivion

Reprinted titles included The Amazing Spider-Man, The Incredible Hulk (7+ issues) and The Mighty Avengers (5+ issues), as well as film tie-in editions like Conan The Destroyer.

Federal Comics tried to emulate the fan club appeal of Marvel Comics by introducing a letters' column for local readers. 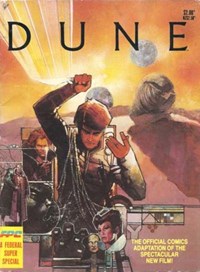 Sadly, none of these changes could save Federal Comics from oblivion.

Local comic collector and publisher Richard Rae, writing in Comics in Australia and New Zealand (The Haworth Press, 1994), claims that Murray/Federal were printing 20,000 copies per issue, most of which went unsold.

He argues that the company not only did not understand their product (thinking their reprint titles were in fact the original editions!), but they also failed to respond to competition from Australia's specialty comic shops. Rae claims that his own Sydney-based shop, Comic Empire, sold more copies of the original American edition of Spider-Man than Federal did of its reprint edition Australia-wide!

Federal Comics appear to have ceased publication by 1986, almost forty years after its founder, Kenneth G. Murray, created such a sensational impact on the Australian comics industry.

This article originally appeared in the February 2003 and March 2003 editions of Collectormania magazine (www.collectormania.com.au). Kevin Patrick can be contacted at Buzz Productions, PO Box 1055 Camberwell VIC 3124 Australia, or via email Kevin Patrick. Article reprinted with permission.