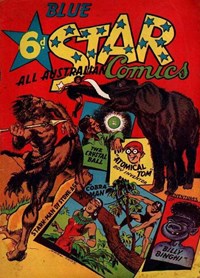 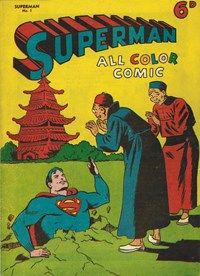 While most of these were DC reprints, some included original Australian work and reprints from such diverse publishers as ACG, Charlton, Avalon, Novelty Press, Quality, Comic Media, Ziff-Davis, St. John, Ajax-Farrell, Fiction House and Atlas/Marvel. From the late 1960s, some series included translated comics, particularly from Spain's Selecciones Ilustradas agency.

Young advertising man Kenneth G Murray began publishing the 100-page Man Magazine in December 1936. Despite industry scepticism at the 2/- price and format, it launched a successful publishing empire. Murray added comics to the line in 1946 and soon exprimented with full colour content in Climax All Color Comic. The format was costly, but it established KG Murray and put pressure on its competitors. 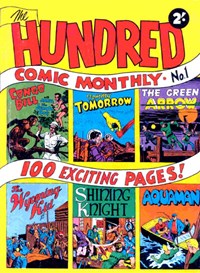 By 1949, "Colour Comics Pty Ltd" was just a brand as Murray's comics converted to the characteristic black and white interiors with colour covers. The comics generaly ranged from 28 to 32 pages, increasing in price from 8d to 1/- by the mid-1950s. This period saw significant experimentation, before Murray settled on its recognised 100-page giant format. Through the 1960s, the comics progressively reduced to 84 and then 68 pages, transferring from 2/- to 20 cents with decimal currency and then up to 25 cents.

In 1972, Murray was acquired by Australian Consolidated Press (ACP) and the company's comics gained a new "Planet Comics" brand. Around 1975, some colour titles were introduced in parallel with the dominant black and white reprints, with a new 100 page "album" format dominating the rest of the range. 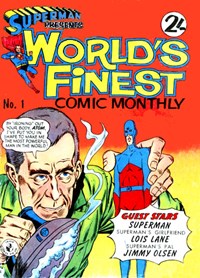 The final phase of Murray's existance as a distinct publisher saw a short-lived "Murray Publishers" brand in 1979 and "Murray the Cat" branding from 1980. The comics were generally magazine-size, un-numbered one-shots—a format pioneered by Gredown.

DC material was published almost solely by KG Murray during this 40 year period, before the Murray empire and the DC rights were acquired by the Federal Publishing Company.

Only a small amount of DC material produced under licence (such as Frew's Jerry Lewis and The Fox and the Crow, or Consolidated Press' Superman strip reprints in Chucklers' Weekly) and some series originally created by other US publishers (such as Young's Merchandising Company's Blackhawk and Larry Cleland's Hopalong Cassidy) escaped the exclusive arrangements.