AusReprints is due for an update

AusReprints turned ten last year and it's time for an overhaul. 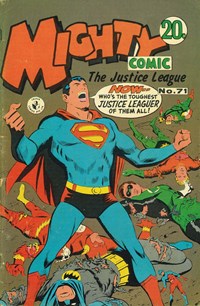 I'm receiving increasing reports of site errors. I appreciate it, since I frequently use the database off-line and don't see problems on the site. Most errors can be quickly fixed, but the real problem is that AusReprints has much the same technology as it did a decade ago.

AusReprints went live around April 2003. Its genesis was a mystery comic: Justice League of America (DC, 1960 series) #63—if I recall correctly. I bought it believing I hadn't read it, but found the story so familiar I knew I owned a copy. 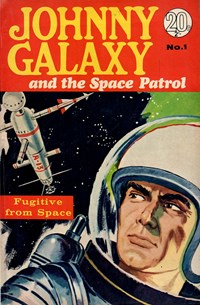 Eventually, I unearthed Australian reprint comics buried deep under a bed. There, among the forgotten treasures, was a copy of Mighty Comic (Colour Comics, 1960 series) #71, reprinting "Time Signs a Death-Warrant for the Justice League".

I quickly became fascinated with identifying the original printings of KG Murray's DC reprints and wanted to know more. When I found virtually nothing on the internet, I started to put together what I knew on a fairly simple website, using server space provided free by my internet provider. 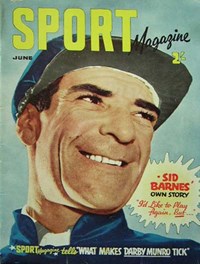 The magazine behind the publisher name listed in some KG Murray comics, including Johnny Galaxy issue 2 to 4.

By November 2003, that initial 'flat' site merged with the database of my collection to become ausreprints.com, a database-driven website.

The site's first major expansion came thanks to the The Grand Comics Database (then The Grand Comic-Book Database), my primary source for information about original printings. I aligned my database to the GCD format and began sharing information. It enabled importing data on international comics and enabled live hyperlinks to reprint sources.

In 2007, Kevin Patrick allowed me to use his articles on Australian comics. I began writing about my own findings, beginning with the (previously) enigmatic Johnny Galaxy and the Space Patrol. That work put me in contact with the character's creator, José Beá. Over coming months, I will write about my discussion with him and add aome photos from him.

Somewhere over the years, I added scans of retro advertisements and sample artwork, aiming to built up a broader picture of Australian comics. And when you least expect it, you will find in the database many magazines and books published by comics publishers, aiming to build up knowledge about the industry.