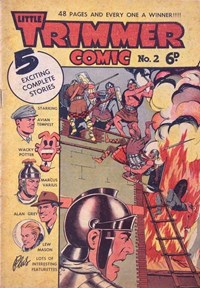 The mystery of Cleland and Approved Publications

I've been puzzled by the publisher of the rare Australian series Little Trimmer Comic, but I've not seen a copy until recently.11Thanks to a scanned issue at Comic Book +. Accessed 1 April 2014....

It's one of those situations where I've wondered if respected Australian comics' historian John Ryan 'got it wrong'. 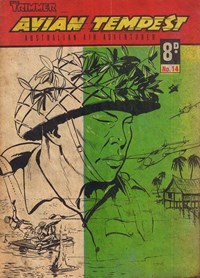 The earliest issues are small pocket format, but the series varied in size over its 22 issues. At least one issue was printed landscape, another square and later issues are standard US format.

Ryan reports the stories are unsigned, but concludes they appear to have been produced by the Eric Porter Studio.22John Ryan (1979), Panel by Panel, Cassell Australia, Stanmore NSW, p. 206-207. All references to Ryan in this article are...   It's clear that not all of the artwork is by pioneering Australian animator Eric Porter, though. Stories in issue #14 are signed "Terry Murphy" or "T.M." and Mick Stone's checklist identifies Terry Murphy and Albert DeVine as working on Avian Tempest.33Mick Stone, "Australian Comics 1900-1960: A Checklist" in Annette Shiell, Ed. (1998), Bonzer: Australian comics 1900s–1990s, Elgua Media, Redhill South,...   Joan Kerr reports Carl Lyon also worked on the series.44See Carl Raymond Lyon at Design & Art Australia Online (accessed 5 April 2014). Note that dating Lyon's work... 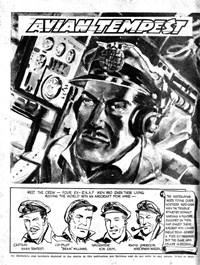 Ryan also implies that this undated series began after 1953 when Fawcett ceased publishing Captain Marvel comics and Cleland was pursuing new strategies to maintain its line of comics. Mick Stone's dating of "c. 1950-54" seems more likely to provide an accurate start date. I think the series probably ran from 1950 to 1952.55Based on the contents of Little Trimmer Comic #14, the series appears to have run 1950-1952 if it was generally...

Those are minor errors, but here's the real mystery—without explanation or comment, Ryan treats Larry S. Cleland as the publisher of Little Trimmer.

In contrast, Mick Stone reports Frank James as publisher. Monash Uni says Frank Douglas James66Science Fiction: An Exhibition of Material from the Rare Book Collection, based on issue #3. Accessed 2 April 2014....   and, according to the National Library of Australia, the publisher is Frank Douglas James for Approved Publications.77catalogue.nla.gov.au/Record/201876, based on issue #11. Accessed 2 April 2014. This record is part of the John Ryan Comic Collection....   Roger and Edda Morrison also list Approved Publications.88Roger and Edda Morrison, Australian Comics 1924-1966: an index and price guide, Forster, NSW: Comic Book Nostalgia, c1997.... 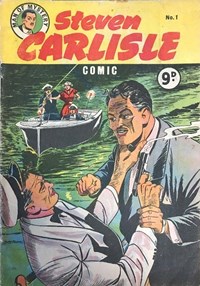 The trend seems against Ryan and, in fact, the indicia of Avian Tempest #14 reads:

This aligns with partial information from other sources. The only other comic that clearly has the same distinctive publisher information is Steven Carlisle Illustrated Adventures (1954?-1955?), which Ryan also treats as a Cleland publication. 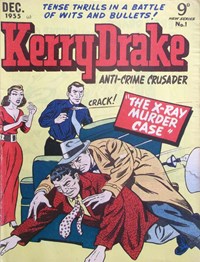 While "Frank Douglas James" is unknown, there are many comics with the listed publisher "Approved Publications", generally dating from 1955 to 1957—later than Little Trimmer and Steven Carlisle.

These comics are from Sydney-based Magazine Management, a publisher that used multiple names, including Barmor, Champion, Illustrated, Jubilee, Junior Readers, Red Circle and Rosnock. It also had international partners at various times, including in New Zealand in the late 1950s.

It seems likely that the Melbourne-based Approved Publications was just another aspect of that company, later absorbed into its Sydney offices. So could Ryan be wrong?

1
Thanks to a scanned issue at Comic Book +. Accessed 1 April 2014.
2
John Ryan (1979), Panel by Panel, Cassell Australia, Stanmore NSW, p. 206-207. All references to Ryan in this article are from these pages. Eric Porter (1911-1983) is an Australian animator and film maker, probably most known for his Aeroplane Jelly advertisements, including the 1942 Bertie the Aeroplane. Porter created Australia’s first animated feature film, The Adventures of Marco Polo (1972). He won an AFI Raymond Longford Award in 1982 and was awarded a Member of the Order of Australia for his services to the film industry. Thanks to Lindsay Arnold for pointing me to comics illustrated by Eric Porter, both his own publications and work for companies such as Frank Johnson and OPC.
3
Mick Stone, "Australian Comics 1900-1960: A Checklist" in Annette Shiell, Ed. (1998), Bonzer: Australian comics 1900s–1990s, Elgua Media, Redhill South, Victoria, p. 163. Terry Murphy also worked on Southdown Press's Sky Hawk and Wonder Wings. His art includes a distinctive use of halftones. Albert De Vine entered Australian comics during the 1940 with one-shots such as Syd Miller's The Council of Four and KG Murray's High Compression. Throughout the 1950s, De Vine drew Biggles and the daily newspaper strip and comic Smoky Dawson. He later became a pin-up photographer for Man magazine.
4
See Carl Raymond Lyon at Design & Art Australia Online (accessed 5 April 2014). Note that dating Lyon's work on Avian Tempest to "early 1940s" is probably too early. Carl Raymond Lyon (1903-1982) was a Sydney painter, cartoonist and illustrator. His initial comics work was for Frank Johnson and "New Chum" for the Syd Miller in the 1940s. He di painted covers for western and detective pulps, children’s book illustrations, advertisements and fashion drawings. In 1957 he began assisting Stan Cross on Wally and the Major strips and took over the weekly in 1966. When Cross retired in 1970, Lyon took over the Sunday stip also. He retired from Wally and the Major in 1979.
5
Based on the contents of Little Trimmer Comic #14, the series appears to have run 1950-1952 if it was generally monthly. Issue #14 includes a feature on the "Role of the Flyingboat" that refers to the Sanders Roe Princess "which will by flying this year". The prototyp appears to have first flown in August 1952. Another information feature ("News-Reel") is about "Britain's latest all-weather day and night figher, the Gloster G.A.5." It goes on to state "Very little informatin has been released about this plane. The picture here is not accurate in detail." This aircraft was publicly revealed in late 1951 and extensively reported in the Australian newspapers between January and June 1952. By mid 1952, several different photos had been published that would have provided more detail for the feature. It seems likely that this feature was written and drawn around December 1951 or January 1952. See Trove at the National Library of Australia. The Hawker P.1067, which is mentioned in this feature as shown in issue #10, first flew on 20 July 1951. Significantly, if an early 1952 date is adopted for issue #14, the series' change in pricing from 6d to 8d occurs in 1951 at about the usual time for the majority of Australian comics. "You little trimmer!" (an exclamation of appreciation of someone or something that is great) was a famous catchphrase of Roy "Mo" Rene (c1892-1954) who made his final stage appearances in 1950 and died in 1954. The series title is probably a homage to Mo, although the phrase transferred into common usage. Rene's 1950 retirement date could be significant, but so could his 1954 death. (See www.stagewhispers.com.au).
6
Science Fiction: An Exhibition of Material from the Rare Book Collection, based on issue #3. Accessed 2 April 2014.
7
catalogue.nla.gov.au/Record/201876, based on issue #11. Accessed 2 April 2014. This record is part of the John Ryan Comic Collection.
8
Roger and Edda Morrison, Australian Comics 1924-1966: an index and price guide, Forster, NSW: Comic Book Nostalgia, c1997.