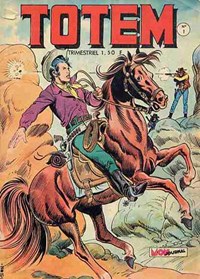 This series (Aventures & Voyages, France) published work by both Giménez and Suso. 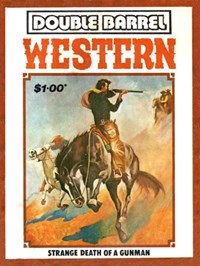 Published by Gredown, this issue includes the story "Courting Death" (dated 1966), most likely a printing of "Aspirante a Muerto".

From 1970, the second series of Totem (Aventures & Voyages, France) consistently published Gringo stories in issues 1-14 and 17-44.22Limited information is available on Totem at www.pimpf.org and wikipf.net....   Totem 37-39 and 44 printed stories by Suso, with the earlier issues probably printing work by Giménez. The stories were not printed in order, with work by Giménez also in issue 40. 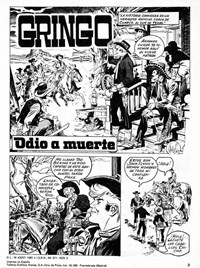 A Spanish language version of Gringo 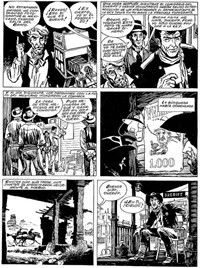 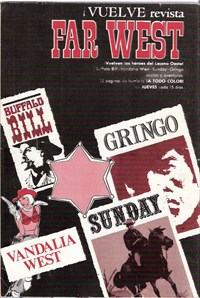 A nine issue Gringo (Interpresse, Denmark) series seems to have been published in 1967-68.77www.interpresse.dk...

The KG Murray Ringo series ran from 1967 to 1977, including an increasing number of repeated printings toward the end. There were also one-off reprints in other KG Murray comics, including Climax Adventure Comic and Wild West Album.

A number of one-shot comics using the original Gringo title were also published in Australia by Gredown in the late 1970s, such as Blazing Six Guns, Strange Tales of the Wild West and Double Barrel Western.

To search the AusReprints database for Ringo/Gringo stories, Click here.