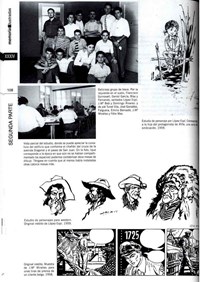 The Creation of Selecciones Ilustradas

During the early 1950s, Josep Toutain worked as a comic artist in France. He found more work than he could handle and began to gather a network around him to respond to the demand.

Episode 16: Night of the Phantoms 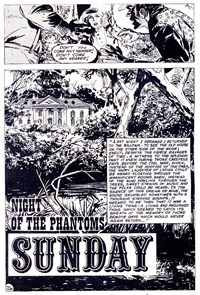 From 1953, Toutain formed Selecciones Ilustradas with Ayné Antonio, co-owner of the Barcelona-based Toray publisher. The agency joined a number of others providing artwork for the international market, particularly France and the buoyant UK comics industry.

There was abundant work at Selecciones Ilustradas and young artists travelled to Barcelona as if it was a gold rush.11"Cosiendo olas con tonsura descentrada", interview with Josep M. Bea at www.tebeosfera.com....   The company's headquarters there was a ramshackle place full of young people who smoked compulsively and were only interested in talking about comics. 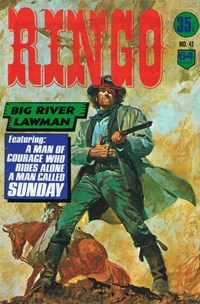 In the early years, the artists worked around a ping pong table or on the ground, as there were only a few drawing boards.22es.wikipedia.org....   Over time, though, the agency became a well-oiled machine with more than 50 tables.

José Beá, one of the artists drawn to Barcelona in the late 1950, was only 14 when he created Johnny Galaxia for Toutain. He reports that the agency was like working in a tuna packing factory:

"Each day, there were dozens of pages to send to foreign markets... The head of the studio controlled the business, receiving scripts for France and England, arranging for them to be translated. He'd approach with a bundle and give you one, saying, 'Here, now do a war story of twenty pages and when you are finished I'll give you another'."33Josep M Bea interview in 2002, "Cosiendo olas con tonsura descentrada", www.tebeosfera.com....

At its peak, Selecciones Ilustradas employed more than 100 artists and was one of Europe's largest producers and distributors of illustrations and comics.