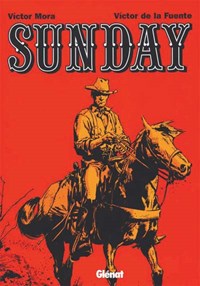 Glénat's complete printing of Sunday from 2007.

Sunday has been published in around twenty countries and more than sixteen different languages, including versions in Europe, South American and Australia, but has never been fully published in Spain.11See La Nueva España 10 December 2006.... 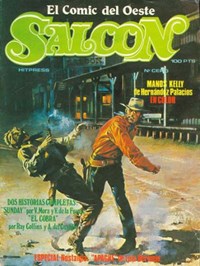 (Hitpress) reprinted Sunday in Spain in 1981.

A Spanish version of early episodes was printed in Saloon (9 issues) published by Hitpress in 1981. In 2007, Glénat produced a 320 page paperback including all 12 Víctor Mora and Víctor de la Fuente stories. 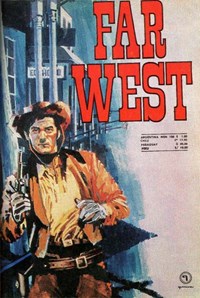 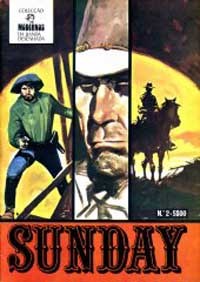 The series was published in El Tony (Columba, Argentine). 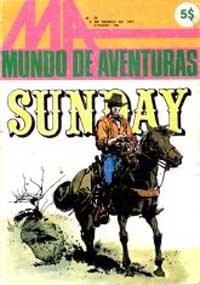 Victor de la Fuente's work is well know in Chile as he worked for Editorial Zig Zag. As Zig Zag was an early and regular publishers of SI material, Fuente's may have assisted Selecciones Ilustradas establish its connections with Chile.

Sunday rotated with other series such as Gringo in Far West (Zig Zag/Quimantú, Chile) during the early 1970s.