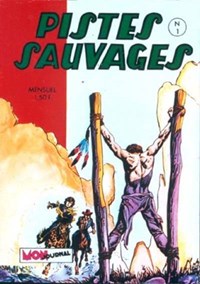 (Aventures & Voyages, France) commenced a full printing of the 18 episodes of Sunday, concluding with issue 17. 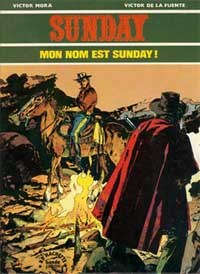 Pistes Sauvages (Aventures & Voyages, France) published a run of Sunday stories in issues 1 to 17 in 1972-73. The first issue includes two episodes, with the final Víctor de la Fuente story in issue 11.11See bdmonjournal.free.fr. This website lists all episodes as being by Víctor de la Fuente and Víctor Mora, which is...

The series was later published again in France Soir and in two albums in 1975, Mon nom est Sunday and Les juges maudits (Hachette, France). In 1977/78, some stories were also published in Nouveau Tintin (Ifford, France), with material in the associated publication Junior at the same time. 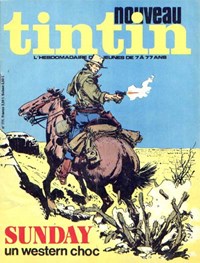 Fourteen episodes of Sunday were published at a rate of one episode a month in the weekly comic Lanciostory (Eura Editoriale, Italy) in 1977-78. 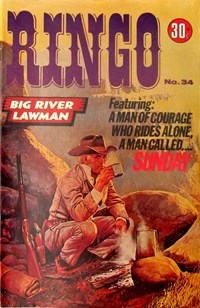 The first four episodes of Sunday were printed in issues of Colt (Semic AS, Norway) in 1978 as Clint Sunday, followed by a reprint of those episodes followed by all other Víctor de la Fuente episodes in 1983-84. 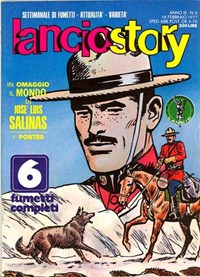 Between 1974 and 1976, the Norwegian magazine Western also published early episodes of Sunday with the stories broken into two page installments in each issue.22www.comics.org.... 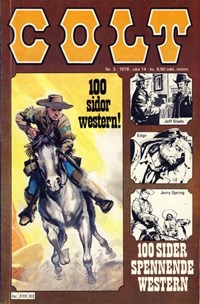 The KG Murray Sunday series ran in Ringo from 1973 to 1977, printing every episode on order.

To search the AusReprints database for Sunday stories, Click here.

1
See bdmonjournal.free.fr. This website lists all episodes as being by Víctor de la Fuente and Víctor Mora, which is inconsistent with other available information. Pistes Sauvages also published "Jackaroe", which ran in later issues of Murray's The Fastest Gun Western. "Jackaroe" does not appear to be an SI feature.
2
www.comics.org.