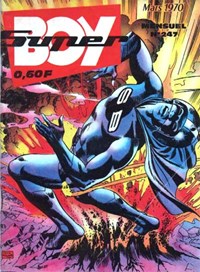 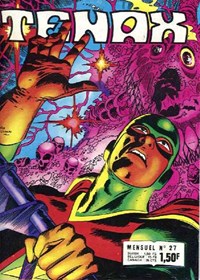 It was also printed as a backup in some issues of Jet Logan (Imperia, France)33Probably issues 20, 29, 34 and 42, as reported at r.leone.free.fr. See the series record for Jet Logan...  . This series reprinted the UK Jet-Ace Logan, written by Michael Moorcock (b.1939) and Frank S Pepper (b.?), with art by Kurt Caesar (1906-1974), John Gillatt (b.?) and Ron Turner of Space Ace fame.44Ron Turner also created Space Ace for Lone Star Magazine, which was ultimately replaced with a renamed version of Josep... 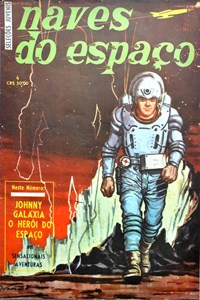 September 1963 (La Salva, Portugal), with a cover also printed on KG Murray's Johnny Galaxy and the Space Patrol 4, May 1968. 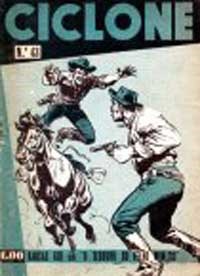 Johnny Galaxy and the Space Patrol 4 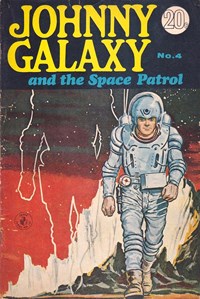 Six issues of an Italian version of Johnny Galaxia were published as I Classici Del Fumetto: Series IV: Spatial Modern, with the feature retitled as Alan Ford (Editoriale Corno, Italy) from November 1961 to April 1962.99See the series record Alan Ford at AusReprints....

Johnny Galaxia was published in the former Yugoslavia (current Bosnia and Herzegovina, Croatia, Macedonia, Montenegro, Serbia, and Slovenia) in the 1960s, probably in the comic Plavi vjesnik (Zagreb, Croatia).1010See www.stripvesti.com. Plavi Vjesnik ran from 1 October 1954 until 1973 (979 issues). It mainly reprinted the UK Eagle...

The four issue KG Murray Johnny Galaxy series was published in 1967 and 1968, with further episodes of the series in Climax Adventure Comic (1968 to 1973), and final stories in the first two issues of Super Giant (1973).