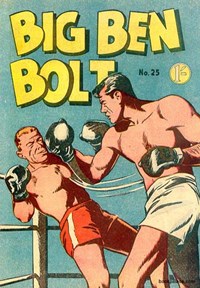 Throughout the 1960s and 1970s, the Yaffa Publishing Group produced a range of mainly reprint comics under "Yaffa" and "Page" imprints or company divisions.11For further information see comicsdownunder.blogspot.com.... 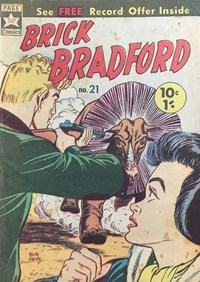 David Yaffa founded his company around 192522The date of 1925 is reported by the publisher at www.yaffa.com.au. John Ryan (Panel by panel) reports that the...   with the publication of Newspaper News (later AdNews), an advertising and marketing magazine. The Yaffa Syndicate's earliest comics involvement was the distribution of newspaper strips from King Features Syndicate (such as Flash Gordon, Brick Bradford and Mandrake the Magician). Page Publications, the imprint of most of Yaffa's comics, was established as a separate entity in the 1960s.

Yaffa's first actual comics were published in the mid 1960s, with the predictable compilations of its US newspaper strips. The company's publishing output also included Australian comics originally created for other publishers (such as Catman by John Dixon) and reprints of US comics (such as Don Winslow of the Navy). 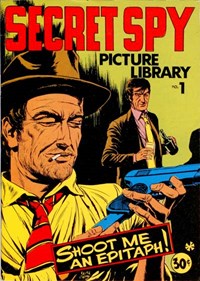 Many of the 1960s Yaffa comics had original covers and occasional interior art by respected Australian comic artist, Keith Chatto (1924-1992).

By the late 1960s, a large proportion of Yaffa's comic output involved numerous and duplicate reprints of the defunct Horwitz Publications comics. When Newton Comics ceased publication, the Yaffa comics line was revitalised by securing the rights to reprint Marvel in Australia. Through its Page Publications division, Yaffa reprinted Marvel comics from 1976/77 until 1982/83, after which the Federal Publishing Company took over the licence. Yaffa's later comics output also included reprints from Archie, Charlton and Skywald. 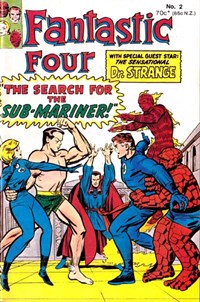 Yaffa's format at this time generally involved black and white one-shot issues, as well as numbered series, in magazine and later digest size. Each issue included 60 or more pages, with several stories from consecutive issues of the original comics.

1
For further information see comicsdownunder.blogspot.com.
2
The date of 1925 is reported by the publisher at www.yaffa.com.au. John Ryan (Panel by panel) reports that the Yaffa Syndicate was established in 1928 to sell comic strips and editorial content produced by King Features Syndicate to Australian newspapers and magazine publishers.
3
In the mid 1970s, Page's output included magazines such as Fishing World, Australasian Dirt Bike, Sporting Shooter, Australian Flying, Australian Hot Rod, and Popular Mechanics.
4
See their corporate site www.yaffa.com.au and www.isubscribe.com.au.