While The Phantom is Frew Publications' most famous and only remaining comic, from the late 1940s the company also published a wide range of other reprints and original Australian comics. 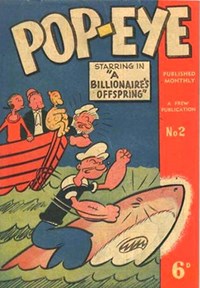 In 1948, Ron Forsyth, Jim Richardson, Jack Eisen and Peter Watson put in £500 each to found Frew, using an acronym of their four surnames to name the new company—although Eisen and Watson withdrew before the first comic was produced. For the next 40 years, Forsyth and Richardson shaped the company into an Australian icon.11For detailed information on The Phantom and Frew, see www.deepwoods.org....

The Phantom was Frew's first monthly publication, picked up from the Australian Woman's Mirror and first published on 9 September 1948. Frew continues to publish the series today and holds the record for the world's longest unbroken run of Phantom comics. 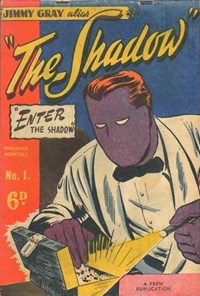 From November 1950, Frew expanded its comic line, initially with Super Yank Comics, featuring The Phantom and also, from the second issue, Catman. The Catman series was an Australian copy of the US series from Crash Comics and subsequently Cat-Man Comics (Holyoke Publishing).

From that time, Frew branched out into other original and reprint series, including The Saint, Phantom Ranger, The Lone Wolf, Sir Falcon and The Shadow. 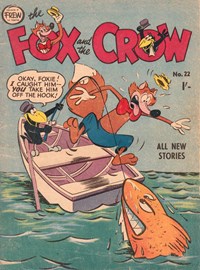 The company's output also included some DC Comics reprints, which are typically associated with the KG Murray Publishing Company. These seem to be limited to DC's licenced properties, such as The Adventures of Dean Martin and Jerry Lewis, The Fox and the Crow and Flippity and Flop, suggesting that the companies that owned these properties retained rights that could circumvent Murray's exclusive reprint rights in Australia for DC.

From around 1958 to the early 1960s, most (if not all) ongoing Frew comics (including some Phantom issues) listed Tricho Publications Pty Ltd as the publisher. This seems to be a temporary subsidiary or alternative name for Frew, but it could be a separate company that licenced the properties.

Soon after this time, the majority of Frew's series went into a brief hiatus, before being taken up by Page Publications.

1
For detailed information on The Phantom and Frew, see www.deepwoods.org.