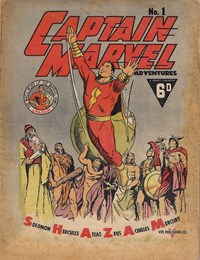 In 1946, during the post-war boom in Australian comics, the Vee Publishing Co.11The source of the name is unknown, but it is likely that, just a year after the end of World...   entered the market with an extensive programme of US Fawcett reprints. This company became Larry Cleland Pty. Ltd around 1949/50, although Stanley Larry Cleland had been associated with the company since its foundation. 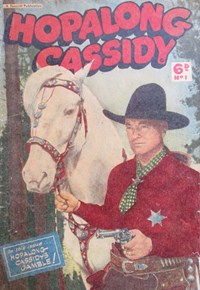 Cleland has no publishing record prior to Vee Publishing, and it is unknown how he secured the rights to Fawcett's material. However, the company quickly expanded its range of black and white reprint editions to include a dozen or more humour, super hero and western comics. 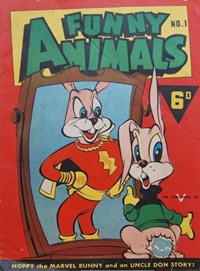 The titles began with a few reprints from earlier years, but focused on Fawcett's contemporary material. The Australian comics are not exact replicas of the US editions, with often random reordering of stories. However, the majority of Fawcett's comic output between 1946 and 1953 (possibly excluding horror and romance) appears to have been made available to Australia. 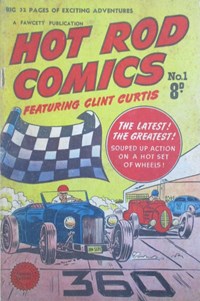 With a publishing programme uniquely dependent on Fawcett, Cleland faltered when its partner exited the comics field in 1953. Cleland never regained the success of its early years, but the upheaval led to an intereresting period of experimentation.

1
The source of the name is unknown, but it is likely that, just a year after the end of World War II, the term reflects the "V day" or "Victory day", the successful end of the war.
2
See for example Captain Marvel Adventures 1.
3
The Argus (Melbourne), 30 October 1946. "CIRCULATION MANAGER: APPLICATIONS are invited for the position of Melbourne Circulation Manager for the Vee Publishing Company which publishes high-class fast-selling American magazines. The position offers a progressive opportunity for a keen energetic man who has the requisite knowledge with relative experience. He should be between 35 and 45 years of age and be possessed of satisfictory credentials. He hould possess a car and be willing to travel intra-state. Applications with full address and telephone number should be sent to Vee Publishing Company (endorsed Circulation Manager), Box 2633X G.P.O. Melbourne."
4
The Argus (Melbourne) Saturday 11 November 1950.