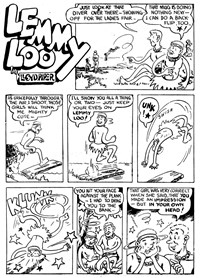 During the 1940 and early 1950s, Piper drew 'Catman' and 'Kalar the Caveman' for Frew's Super Yank Comics, 'Steel Barr' for OPC's Hurricane comics, and the short humour filler 'Lemmy Loo' for KG Murray.

From the 1950s, he worked as an advertising layout artist and taught graphic design at the National Art School in the 1970s.

For six years from 1972, Piper draw the adventure comic 'Wolf' for the Sunday Telegraph. He took over writing and drawing Ginger Meggs from Ron Vivian in 1973 and continued until his death in 1983.