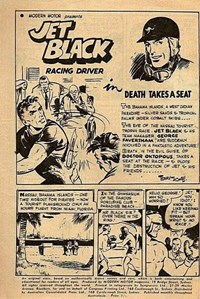 From 1950 in Melbourne, Trowel drew comics for Atlas—Grey Domino, The Ghost Rider (taking over in #6 from J. Morath and Andrea Bresciani) and Rhino Beresford. While working for Atlas, he started is own commercial art studio in Perth in 1952.

In 1956, Trowell joined Modern Magazines in Sydney and became art director for Modern Motor. For Modern he painted covers and created the comics Jet Black, True Western and the Purple People Eater one-shot.

In the 1960s, he established Trowell Purdon Advertising in Western Australia. He worked for the Australian Broadcasting Commission (ABC), using puppets on air to teach drawing. In 1962, he joined J. Gibney & Sons Art Studio as chief illustrator and designer.