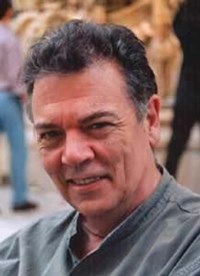 Josep Beá was born in Barcelona, where he studied at the School of Art and Drawing. Aged 15, he started his career as a comic artist with Selecciones Ilustradas, contributing to comics in France and Britain (particularly Romeo, Mirabelle, Valentine and Jackie). In the early 1960s he created Johnny Galaxia (publishe as Space Ace by Atlas).

In 1962, Beá moved to Paris and focused on painting, before returning to comics and writing his own stories in Dracula (1970) from Buru Lan (later reprinted by Warren in the US). Through the Selecciones Illustradas, Beá worked for Warren starting with 'The Silver Thief and the Pharoah's Daughter' in Vampirella #13 (1971). Eerie publish three stories from his Tales of Peter Hypnos series, with more published by Gredown in Australia.

After leaving Warren in 1976, Beá worked on Tales of the Galactic Inn and for satirical magazines. In 1979 he was convicted for offenses against morality due to one of his Tales of the Galactic Inn stories and banned from working as an artist. When the ban was lifted, he co-founded Rambla with Luis Garcia, working under his own name and the alias Sanchez Zamora. He later established Intermagen, which republished many of his earlier works.