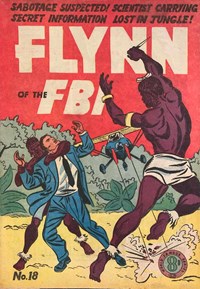 While working in a printing shop and doing freelance cartoons for publisher Jack Baillieu, Mather was asked to work on the landmark Australian superhero, Captain Atom (Atlas), providing art and colouring for the first 16 issues. He continued with the series in black and white for a total of 64 issues. The first dozen issue were written by Baillieu, before Mather also took over writing.

Mather also worked on Atlas' Flynn of the FBI and Sergeant Pat of the Radio Patrol, which began as US newspaper strip reprints before continuing as original Australia stories.

Mather reports working for Atlas for about £7 per page.

When Atlas folded after Baillieu's death, Mather moved into advertising.