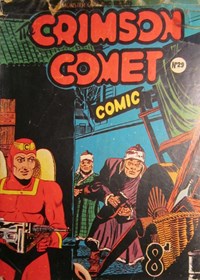 After serving in the armed forces during the war, de Vine probably studied at the Julian Aston School of Art around 1947 before undertaking a scholarship in the US (Sydney Morning Herald 2/8/1947).

For 10 years he drew the daily newspaper strip Smoky Dawson (~1952-1962) for the Sydney Sun and the first three issues of KG Murray's Smokey Dawson comic series (1957).

He later became a pin-up photographer for Man magazine.

De Vine's year of birth is an estimate based on the statement that he was 17 when he completed Council of Four, probably published in 1944.