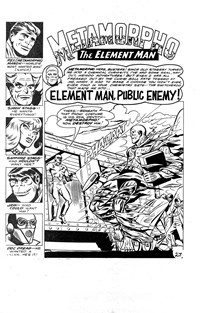 Charles S. Paris was a comic book artist who predominantly worked as an inker, mainly for DC Comics. Paris was born in 1911, and moved to New York City in 1934. In Spring 1941, Paris met Jack Lehti, and soon after began work inking and lettering Lehti's Crimson Avenger in the pages of Detective Comics. From there, Paris started work in the DC 'bullpen', inking characters such as Airwave, and later working on Vigilante and Johnny Quick, among other characters. (Biography from GCD.)