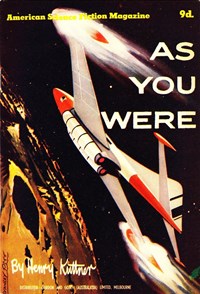 With author Frank Ashley, Pitt developed a concept for a full-colour comic, 'Nelson Power Conquers the Universe' in 1945. A minor character lager became 'Silver Starr', published as a full-colour strip in the Sunday Sun and Guardian from 24 November 1946. Following disagreement with Associated Newspapers about reduced space for the strip, Pitt resigned in 1948 and converted his creation into Silver Starr Super Comic (Young's).

With author Gerry Brown, Pitt created 'Captain Power', which first appeared in the Sunday Herald on 6 March 1949 and was reprinted in the one-shot Captain Power (Ayers and James). In 1950, Pitt created Yarmak—Jungle King Comic (Young's) with artistic assistance from his brother Reginald Pitt and scripts by Frank Ashley. In 1956, Pitt created a further full-colour issue of Silver Starr (Cleveland).

During the 1950s, Pitt largely abandoned comics to paint cover illustrations for publishers such as Malian, Horwitz and H. John Edwards. From 1956, he became the main cover artist for Cleveland for the rest of his career, creating more than 3,000 illustrations.

In 1964, with his brother Reginald, Pitt began adapting Alfred Bester's The Stars My Destination for the US market. While Pitt abandoned this project ('Gully Foyle') in 1968 due to problems with the rights, it drew US interest. Stanley and Reginald Pitt secured work from US publishers—DC's The Witching Hour #14 and #38, Western's Twilight Zone #48 and Boris Karloff Tales of Mystery #33. Pitt also ghosted for Al Williamson on the Secret Agent Corrigan newspaper strip in 1969 and 1972.