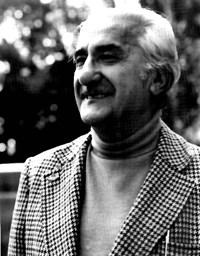 Born in New Zealand, Noel Cook moved to Sydney in the 1920s, where he shared a room with fellow Kiwi, Cecil ('Unk’) White. Cook drew cartoons for Smith’s Weekly and the Bulletin. His created newspaper strips Peter and all the Other Roving Folk for the Sunday Times (~1923) and Bobby and Betty for the Daily Telegraph (from August 1933).

Later Cook was a staff artist with Associated Newspapers and Australian Consolidated Press in Sydney, working on the Australian Women's Weekly, Sunday Telegraph and The Daily Telegraph.

In 1950, Cook moved to London and freelanced for various publications. He became art director of children’s magazines for Fleetway Publications in 1964. On retirement, he was commissioned by the BBC to do posters and took time to paint. From about 1970, his work was included in a number of group and solo exhibitions in London.

He left London in 1973 and returned to Sydney, then back to London in 1976, before returning to Australian iand finally New Zealand in 1977.

The dates of Noel Cooks travels vary in different accounts.