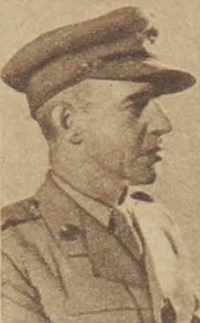 During the 1910s Reilly drew for motion picture advertising, the magazine Lone Hand and the Melbourne Truth. He also drew propaganda and recruitment posters during the first world war.

From the twenties, Reilly was staff artist at Smith’s Weekly. He drew political cartoons but was famous nationally for his sexy 'Virgil girls’. After Smith's Weekly closed in 1950, he became political cartoonist at the Sydney Daily Mirror and Melbourne's The Truth. He freelanced for other magazines, with work in the Bulletin, K.G. Murray's Man magazine, and the Australian Women’s Weekly. He illustrated books, notably Kenneth Slessor's Darlinghurst Nights (1933).

Reilly's first comics were two Texas Cody one-shots (1947) for publisher Joseph Swanson Wilkinson. He next drew The Invisible Avenger (1950) for Illustrated, but completed just six issued due to workload. At this time, he created his long-running series Silver Flash (1950-1955) for Invincible Press, which briefly continued as Captain Silver Flash (1953) for Calvert.

In 1950, Reilly was also briefly responsible for the Chesty Bond advertising comic strip and created "Punch Perkins" of the Fighting Fleet / Fighting Fleet Comics (1950-1952) for Red Circle. His war stories subsequently continued in every third issue of Red Circle's Comics Library (1952-1954) and then in Jubilee's True Navy Combat (1954-1955).

It is possible that 'Mike Hervey' police adventure One Will Too Many (1953) for Transport Publishing is Reilly's work. From 1956, he produced a number of one-off stories or one-shot comics for Calvert and other publishers, mostly not signed or credited.

In 1958, Reilly won the inaugural Walkley Award for the best creative artwork or cartoon.