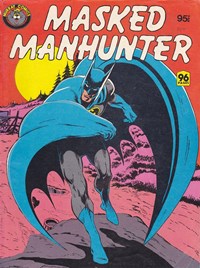 Alter Ego, the Best of the Legendary Fanzine (Twomorrows, 1997 series);

Creator of 1970s versions of Dragonsword, Huntress, Stalker, and Starman.