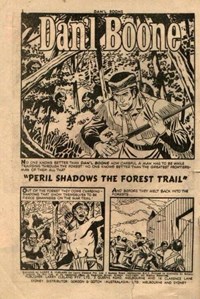 He was also a freelancer for various companies, but lettered almost exclusively for Harvey throughout the rest of the 1950s. While still working for Harvey, he pencilled DC' Girls' Love Stories and Secret Hearts in the late 1960s and early 1970s.

He lettered for Marvel Comics occasionally in 1968 and 1969, and regularly from 1974. From the 1980s, he worked almost exclusively for Marvel.