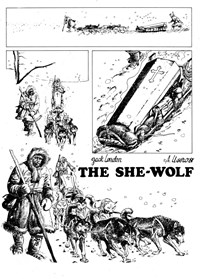 Usero began his artistic career sharing a studio with Carlos Giménez and Esteban Maroto. He worked initially on advertising and illustration (Triunfo). Around 1963, he joined Selecciones Ilustradas and provided the British market with war and western comics. By the mid-sixties, he was working on romance for Fleetway's Mirabelle and Romeo. He began working for the German market (Roy Tiger) through Bardon Art and José Ortega's agency.

In 1968, Usero collaborated with Esteban Maroto on 5 x Infinito and took over Delta 99 from Carlos Giménez. He created Roldán sin Miedo (1972) with author Victor Mora for Bruguera.

In the mid-seventies, he drew horror comics for Warren, while working for the UK market (Commando, Debbie, Spellbound) and developing satirical strips for Amaika in Spain.

In 1981 he collaborated with writer Felipe Hernández on El Domingo Rojo and with artist Luis García on Argelia, while contributing to Cimoc. He undertook his significant historical series Maese Espada in 1982, which was finally published in complete form by Glénat in 2006.

Despinte some comics work over subsequent years, Usero has since worked mainly in animation (storyboards), advertising and character design.