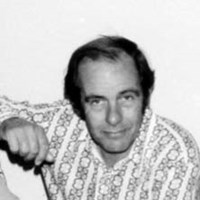 John Dixon was initially a trainee window dresser before becoming an advertising agent. Born in Newcastle, he moved to Sydney in 1945 and worked in various advertising positions before trying comics. He wrote and drew his first comic story The Sky Pirates, which was published by H. John Edwards in Action Comic. Edwards subsequently published his long-running adventure series Tim Valour (around 150 issues), super-hero series The Crimson Comet (later also drawn by Albert de Vine), and an adaptation of Captain W.E. Johns' Biggles.

Dixon then worked for a succession of publishers: Frew engaged him in 1957 to revive the local version of Catman, originally illustrated by Jeff Wilkinson; in 1958 he created Captain Strato Young's Merchandising, which lasted only three issues; and in 1959 he created The Phantom Commando for Horwitz, but produced only three issues before passing it on to Maurice Bramley.

From that time, he focused on Air Hawk and the Flying Doctor, a newspaper strip that premiered in Perth's Weekend Mail on 30 May 1959 and picked up by many other newspapers, in Australia, Britain, New Zealand and South Africa. Dixon continued the strip until 1986, working with Mike Tabrett, Hart Amos, Paul Power and Keith Chatto.

In 1985 and 1986 he won a Stanley Award for his work on the Air Hawk strip, and again in 1992 for his work on US comics, where he moved in 1986. In 2014 he received a Platinum Ledger Award for Lifetime Achievement in Australian Comics.