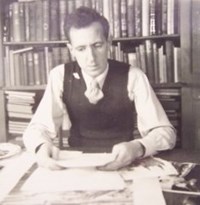 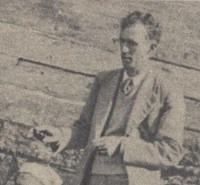 Born in Sydney, Phil Belbin was a passionate artist from a young age. At fourteen he went classes at the Black and White Club and then studied art at East Sydney Technical College, before interning at Sydney's The Sun newspaper in 1942. During the Second World War he was stationed in the Pacific Islands.

Following the war, Peter Chapman recommended Belbin to Frank Johnson, who published the first episode of 'The Raven' in Triumph Comics and 'Ace Bradley' in Gem Comics.

Belbin then began a 30-year association with KG Murray. After a few strips based on RKO films, Belbin drew 'The Adventures of Flash Cain', 'Kath King', 'Ace Bradley', 'Jimmy Smart' and 'Peril on Venus' comics for Murray magazines. He provided numerous covers, illustrations and cartoons for Man, Adam and other magazines.

Belbin freelanced for other companies, such as Readers Digest, the Flying Doctor Service, the Royal Australian Navy and the Australian Academy of Science, and produced covers for Frank Johnson, Horwitz and Magazine Management pulps. In the 1970s, Phil Belbin became Art Director for Gredown, routinely providing painted covers.

In 1974 Belbin was awarded a 'Citation of Merit' by the New York Society of Illustrators and was elected as a fellow by London's Royal Society of Arts in 1984. His life was celebrated in 1993 with two calendars of his transport paintings, the Sydney Tram and Bus Calendar and the Sydney Ferries Calendar.

The Sydney Morning Herald printed an obituary on Monday 12 April 1993.