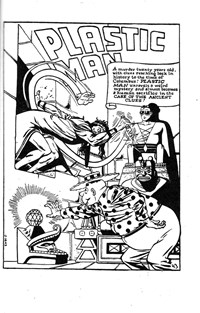 Wrote most of his early drawn comic stories but had to cut back his work load as he started taking on editorial duties for Quality Comics about 1939.

Did assistant editor support work for Quality Comics circa 1939 to 1942.

Hired artist Fran Matera to ghost his art work about 1942 due to increased editorial work for Quality Comics.

From 1949 to 1951, was a freelance writer, sold a couple of currently unknown Western stories.

Recruited by Helen Meyer, did editor support work for Western Publishing out of its New York office from 1951 to 1952.