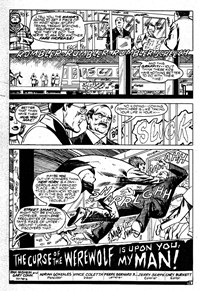 Gonzales began his career as a comic book artist on Filipino comics in the 1960s. He worked for the De Zuniga Studio from 1971 to circa 1973, resulting in his first work being published for U.S. publishers. Brief work for Marvel Comics, Warren, and Western Publishing, but Gonzales is known for his work for DC Comics from 1981 to 1985.

Gonzales moved onto movie, television, and video animation work, by 1985, primarily as a storyboard artist, work he continued until the end of his career. That work details are here: