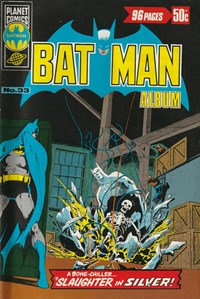 Tatjana's father was Jewish, and her mother was Christian. During World War II, she and her brother, Karl Joachim Weintraub, were sent to an international Quaker boarding school in Holland. Gaining Dutch citizenship was not easy, so after World War II, the Quakers arranged for the two to travel to New York in 1947. Karl went on to the University of Chicago, while Tatjana stayed in New York, attending the Traphagen School of Fashion. In 1949, she met Wally Wood, and they married August 28, 1950.

During the 1950s and 1960s, she sometimes made uncredited contributions to Wood's artwork. One of the stories she worked on was "Carl Akeley" in EC Comics' Two-Fisted Tales #41 (February–March 1955). She did a number of animal drawings for that story. She and Wood divorced in the '60s.

Later, beginning in 1969, she did extensive work for DC Comics as a comic book colorist, including Grant Morrison's Animal Man, Alan Moore's issues of Swamp Thing, and Camelot 3000. (Biography from GCD.)