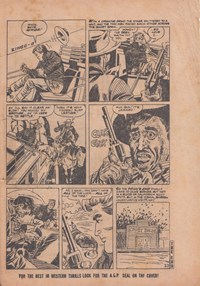 Co-created with Steve Ditko: Spider-Man and Doctor Strange, amongst many.

Co-creator of the Destroyer, Jack Frost, Father Time, Millie the Model, Tessie the Typist, Nellie the Nurse, Ravage 2099, Stripperella, amongst others.

Lee reported winning the New York Herald-Tribune Biggest-News-of-the-Week Essay Contest for three consecutive weeks during 1937 which prompted an editor to contact him and recommend he look into becoming a writer. He actually won a seventh place finish on May 7, 1938 (a $2.50 prize) and received honorable mentions on May 21 and May 28, 1938.

Other awards and honors include:

Lifetime Achievement Award for For Excellence in the Art of Animation by the Burbank International Children's Film Festival, 2000;

Vanguard Award from the Producers Guild of America, 2012;

Won for Performance in a Comedy, Supporting in Lego Marvel's Avengers by National Academy of Video Game Trade Reviewers, 2017;

Enlisted into the U.S. Army in November 1942. Eventually assigned and served in the Training Film Division of the Army's Signal Corps Stationed serving within the United States, circa 1943 to circa 1945, writing films, posters, and training manuals. One of only nine soldiers at the time designated as playwright. Inducted into the Signal Corps Regimental Association on March 3, 2017.

Set up shop with artist Ken Bald to created material for other companies in the late 1940s.

During the 1940s and 1950s, Lee reported that he ghosted unknown western and detective radio show dramas and some TV shows.

Did ghost writing work for a number of unknown features.