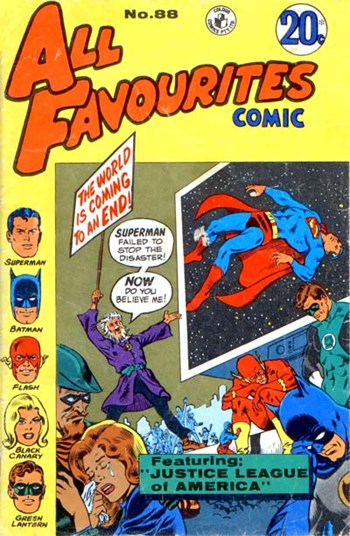 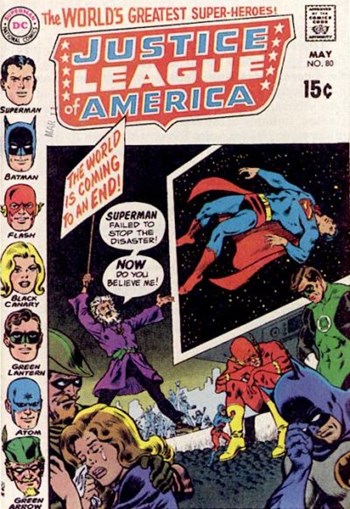 "Superman failed to stop the disaster. Now do you believe me?" 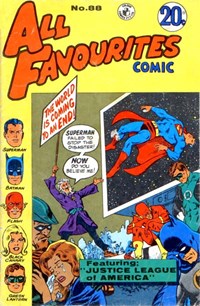 Thanagarian criminal Norch Lor comes to Earth after defeating Hawkman and Hawkgirl, using the forbidden Ghenna Box to steal the consciousness of several Earth people and even some members of the League. 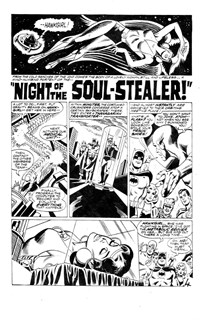 3 The Secret of the Sorcerer's Mirror (Challengers of the Unknown) Comic story, 12 pages

Challengers of the Unknown (DC, 1958 series) #3 (August-September 1958) — The Secret of the Sorcerer's Mirror
Also printed

Showcase Presents Challengers of the Unknown (DC, 2006 series) #Volume 1 ([October] 2006) — The Secret of the Sorcerer's Mirror

The Challengers are summoned to a museum. A mirror and chart have been stolen by Hillary Mycroft and his gang. The mirror was fashioned by Kregon the Sorcerer to show where "the ancients" hid their most potent secrets. The chart shows where the secrets are hidden. The Challengers break into Mycroft's hideout, but Mycroft gets away in a plane. Prof tests the mirror and reveals three destinations: the sea bottom, a stone needle, and Sinbad's Island. The boys split up. Prof dives in the sea and finds Mycroft's thugs stealing the prize: a gold ball with rods stuck through it. A sea serpent attacks. Prof jiggles a rod. Gaseous hands hurl the serpent away. Meanwhile, Red climbs the dangerous needle prominence and finds the second gold ball with rods. In a dream, a genie warns him to descend through hidden caves. Red meets Mycroft's thugs, who steal the ball - but Red keeps one rod. Rocky and Ace fly to Sinbad's Island and find Mycroft and the gold ball, when they're seized by a roc: a giant bird! Ace jiggles a rod. A gaseous armored torso appears. The roc flies off and the boys float to safety. Mycroft explains: the three balls hooked together will summon a genie! Mycroft assembles the globes, but they explode! Red, unseen, pulled a single rod and bollixed the assembly!

This story is probably sourced from the reprint in Challengers of the Unknown (DC, 1958 series) #76 (October-November 1970). 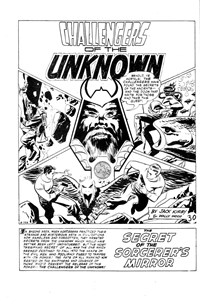 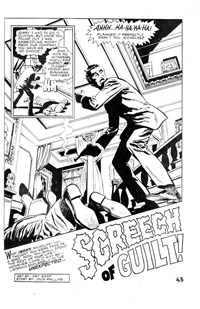 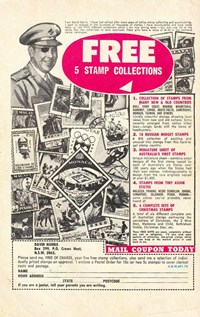