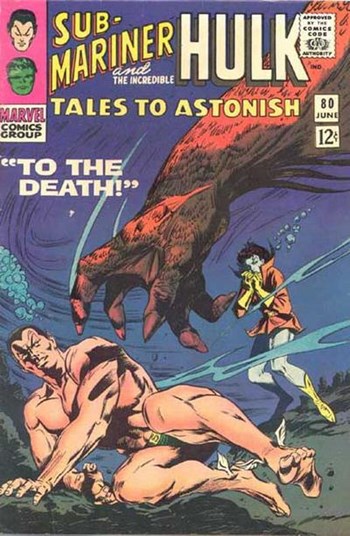 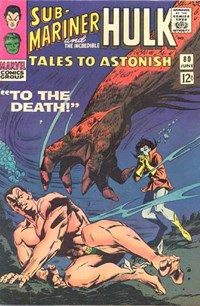 Namor battles the Behemoth with the fate of Atlantis hanging in the balance. Krang has Puppet Master build a puppet of the Behemoth so he can control the creature mentally. Even under Krang's control, Namor is able to beat the monster. Krang snatches victory from defeat, however, when he shows up in Atlantis and informs the Lady Dorma that he will use the puppet to bring the Behemoth back unless she agrees to marry him.

2 They Dwell in the Depths! (The Incredible Hulk) Comic story, 10 pages

The Hulk is pulled into the underground kingdom of Tyrannus who has been separated from the fountain of youth and has become a feeble old man. The Jade Giant's old foe asks for his help in retaking the fountain from his rival, the Mole Man, and he makes his argument for assistance stronger by revealing that he has captured Rick, Betty and Glenn. When Betty mentions Banner, Hulk goes wild but his destruction is put to an abrupt end as the Mole Man attacks. The Hulk fights Mole Man's powerful Octo-Sapien robot and falls into the fountain of youth transforms him back into Banner.