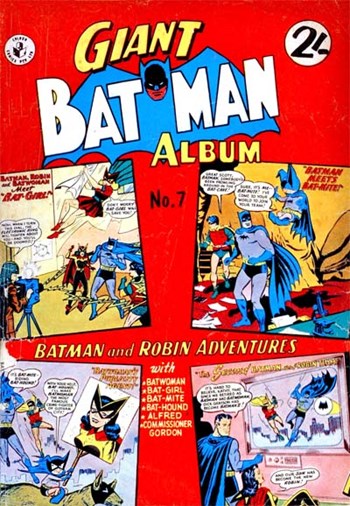 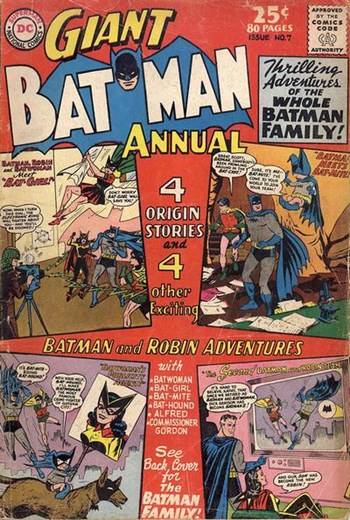 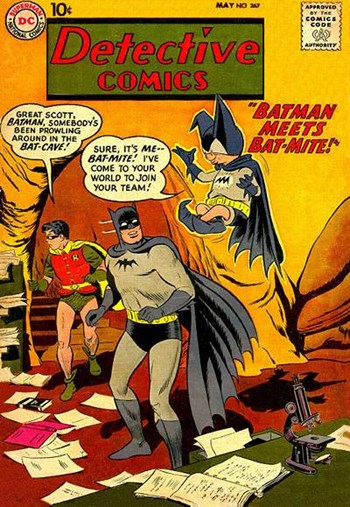 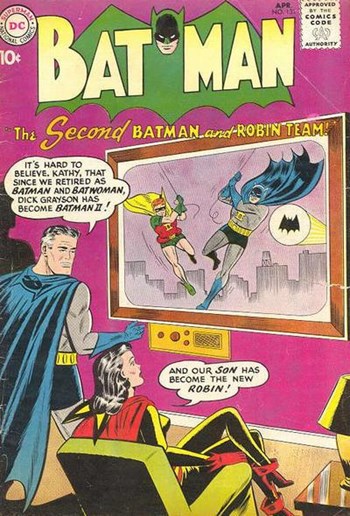 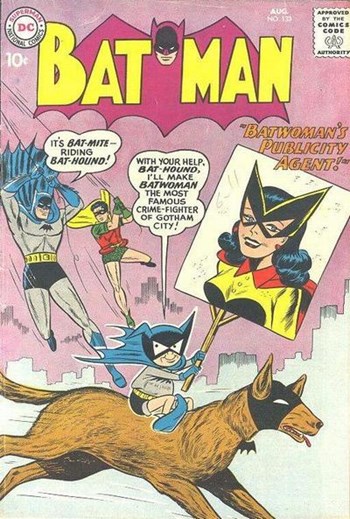 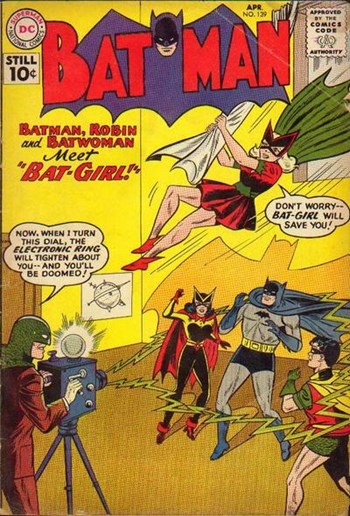 "Batman, Robin and Batwoman meet "Bat-Girl!" "Now, when I turn this dial, the electri c ring will tighten about you--and you'll be doomed!" "Don't worry--Bat-Girl will save you!" "Batman Meets Bat-Mite!" "Great Scott, Batman, someone's been prowling around the Batcave!" "Sure, it's me--Bat-Mite! I've come to your world to join your team!" Batman and Robin Adventures with Batwoman Bat-Girl Bat-Mite Bat-Hound Alfred Commissioner Gordon "Batwoman's Publicity Agent!" "It's Bat-Mite, riding Bat-Hound!" "With your help, Bat-Hound, I'll make Batwoman the most famous crime-fighter of Gotham City!" "The Second Batman and Robin" "It's hard to believe, Kathy, that since we retired as Batman and Batwoman, Dick Grayson has become Batman II!" "And our son has become the new Robin!"" 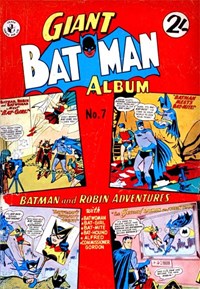 "I brought a tribal drum back from the continent. They use it for hunting!"