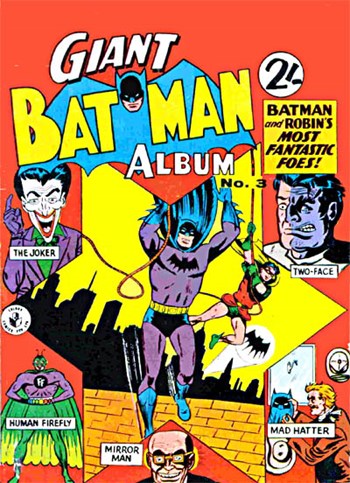 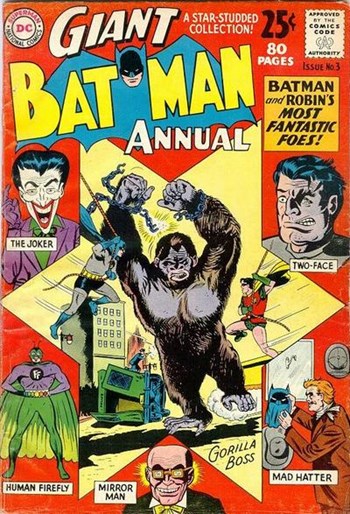 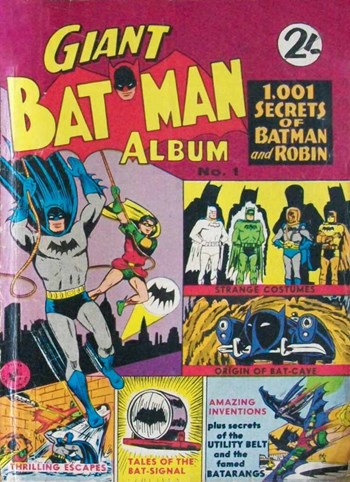 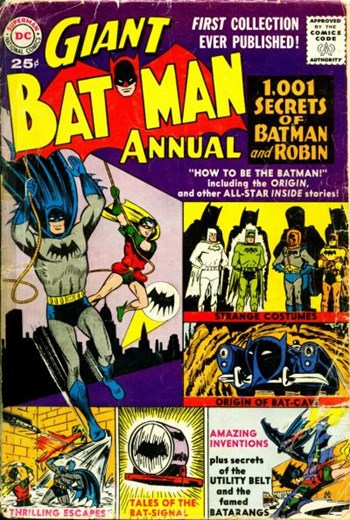 This issue generally reprints Batman Annual 3, but "Batman's First Case" is printed rather than "The Gorilla Boss of Gotham City". 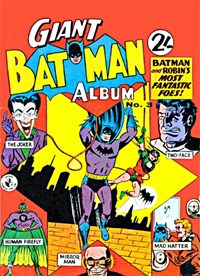 The Mad Hatter wants to add Batman's cowl to his collection of hats, and he goes through a series of elaborate schemes to secure it, which he does.

Garfield Lynns, a disgruntled special effects creator, turns to crime and tries to rob the rich of Gotham City during a gala premiere. The robbery is stopped by Batman and Robin, who pursue Lynns into the swamps, where a lowly firefly distracts the two heroes long enough for Lynns to make his escape. Lynns decides to take on the super-villain persona of Firefly and launches a series of spectacular crimes.

Paul Sloane is chosen to re-create the role of Harvey Dent and how he became Two-Face for a television program. Unfortunately, a kleig light explodes in Sloane's face, and the result is an appearance identical to that of the real Two-Face. Sloane's mind snaps and he begins a crime rampage, with all crimes based of the toss of "Boss" Morony's silver dollar

While Batman agrees to contribute an article to a local newspaper about his career, in exchange for a $25,000 donation by a reporter for the cause of juvenile delinquency, in the nearby state prison, a prisoner makes his escape. Because he broke a mirror at the prison, which helped him make the escape, the man decides to use mirrors for a life of crime: as the Mirror-Man! The main part of his campaign of crime is to get Batman in position so that he can use a special electronic mirror on the Caped Crusader that X-rays anything covered by cloth: specifically Batman's cowl!

The sudden appearance of a new criminal basing his crime on time jogs Batman's memory into remembering that this criminal was his very first case after his parents were killed, and if the Clock has his way, the current case aginst him will be the Caped Crusader's last!

This issue generally reprints Batman Annual 3, but "Batman's First Case" is printed rather than "The Gorilla Boss of Gotham City".