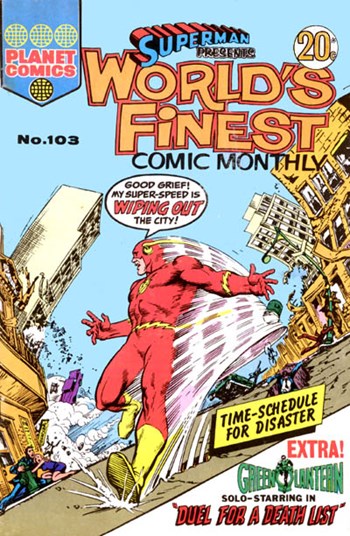 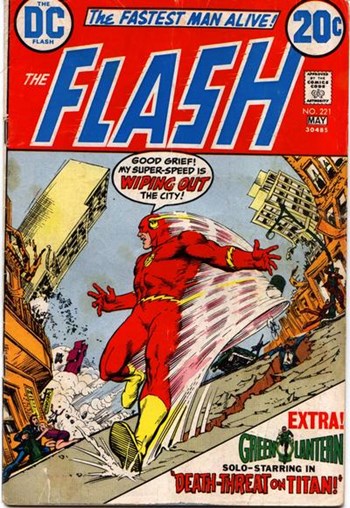 "“Good grief! My speed is wiping out the city!” Time-Schedule for Disaster Extra! Green lantern solo starring in “Duel for a Death List”" 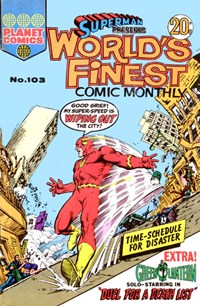 Barry attempts to be on time for every appointment of his day, only to find that had he been late things would have worked out better.

4 The Isle of No Return (Challengers of the Unknown) Comic story, 12 pages

After hearing a television report about a burglar with the ability to walk through walls, the Challengers begin to patrol the city with honorary member June Robbins coming along for the ride. They arrive too late to stop another robbery, but they pursue the thief to his island hideout. The hideout of the burglar, Anton Zammer, is the abandoned laboratory of the late Prof. Macon, who left behind a number of inventions Zammer now intends to use for his own gain. He starts with a shrink ray which allows him to capture and cage the Challs. Fortunately, their honorary member doesn't get shrunk, and has the smarts to save the day.

This printing of the story is probably sourced from Super DC Giant S-25, June-July 1971.