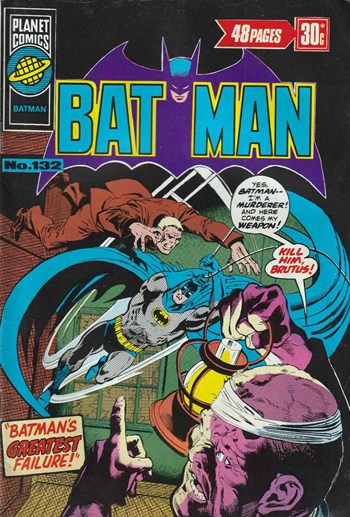 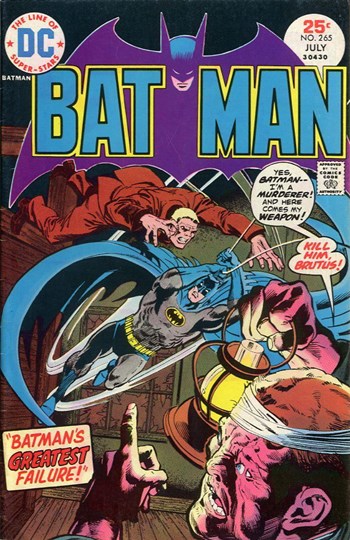 "Yes, Batman--I'm a murderer! And here comes my weapon! Kill him Brutus!" 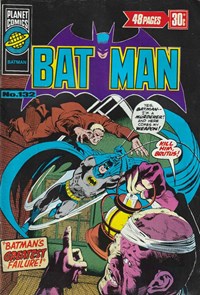 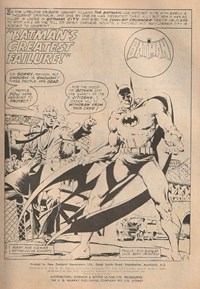 Someone has sent hypnotic letters to several people, including Bruce Wayne, and booby trapped some of their possessions so they will end up killing each other. 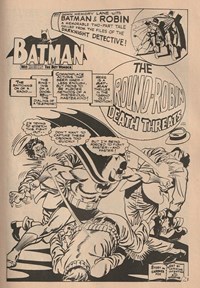 The sources of the vignettes are:

The Ghost Patrol from an unidentified issue of Flash Comics (DC, 1940 series) 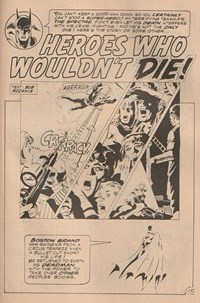 4 Where There's a Will--There's a Slay! (Batman with Robin the Boy Wonder) Comic story, 12.5 pages

This printing of the story is probably sourced from Batman 262, April 1975. 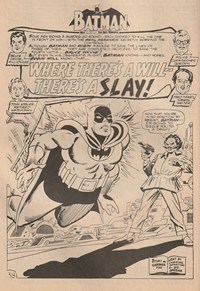 Gags about three legged Men's Shoes Sale, and postman Beware of the Thing 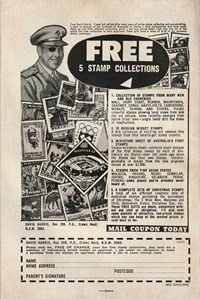