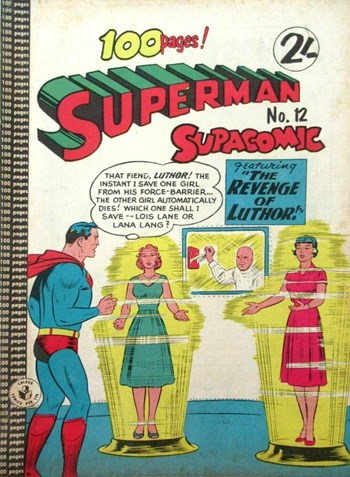 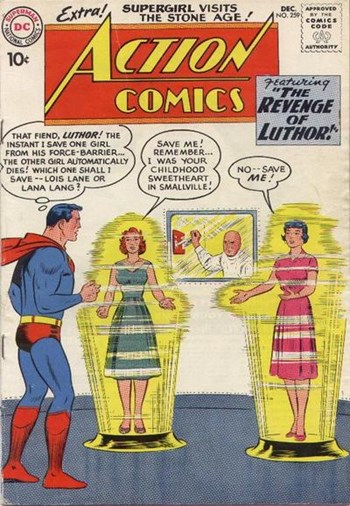 ""That fiend Luthor! The instant I save one girl from his force-barrier--the other girl automatically dies! Which one shall I save--Lois Lane of Lana Lang?" Featuring "The Revenge of Luthor!"" 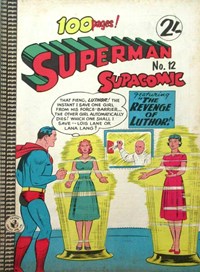 Assigned to join the fire department for a few days for a story, Clark must protect his secret identity and deal with a skeptical fire chief.

how the world learned of Kryptonite

"An untold tale of Superman when he was Superboy" Untold Tale

5 The Case of the Deadly Gems (Batman with Robin the Boy Wonder) Comic story, 8 pages

An alien warns Batman about the three Kraals. When a spaceship crashes near Gotham City, Batman and Robin investigate and find an injured alien explorer who explains that he had captured a Kraal, a creature that can exist as one or three separate entities. The alien informs the duo that the individual Kraal can absorb electricity, heat, and water, but he passes out before telling them what happens with the three are joined. After the alien is taken to a hospital, Batman and Robin try to recapture the Kraal. After Batman and Robin capture the first two Kraal, the alien recovers and seems intent on joining the three together. Batman determines that when combined the Kraal becomes a powerless creature, and helps the alien complete his plan.

Alfred tests out his new typewriter by writing an imaginary tale of Robin growing to manhood and becoming the new Batman, adopting a new partner as Robin, and taking on a gang of crooks.

Two aliens threaten to reveal Superboy's identity unless he overthrows the government of Zooria for them.

After Smallville refuses to make Superboy a special deputy he goes on a rampage of poor sportsmanship.

"And now, Moolah will swallow this huge sword!"

Two aliens secretly replace Ma and Pa Kent to perform a secret mission. To distract Superboy they keep exposing him to red kryptonite. 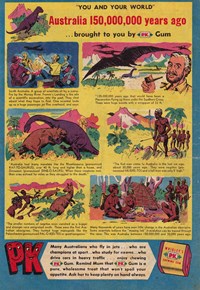