The Legion of Super-Heroes #6 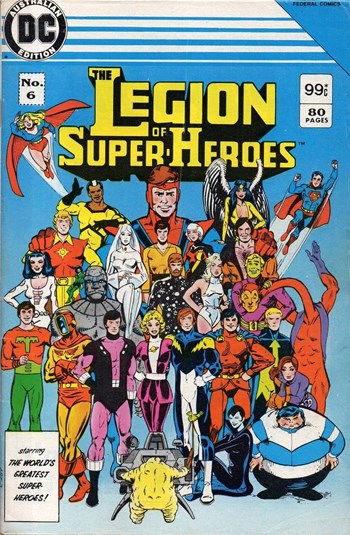 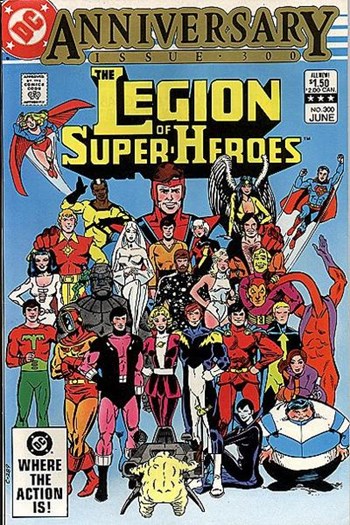 Each character on this cover was drawn by a different artist as part of a guessing competition. The credits were revealed in The Legion of Super-Heroes (DC, 1980 series) #306 (December 1983) The cover of this book was a part of a contest. Readers could try to identify the artist who drew each character. The reader that guessed the most correctly won an autographed page of Giffen/Mahlstedt art from this issue. The contest winner was David C. Zimmerman of St. Louis, MO. Second-prize winners won a Legion poster. Cover credits are credited as revealed in the letter column for Legion of Super-Heroes #306 (December 1983). 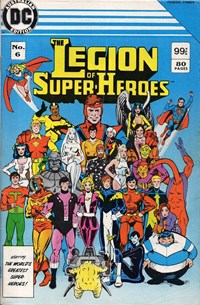 1 The Future Is Forever (The Legion of Super-Heroes) Comic story, 23 pages

Superboy's Legionnaire friends arrive just in time to foil Lex Luthor's latest plot. Later, Superboy surprises them by resigning, saying that he needs to protect Earth in his own time to honor an oath made to his dying father.

Pages 6-11. A tale of the early Legion (pre-Adventure Comics #300), but in which Superboy's parents the Kents died much sooner.

An alternate Adult Legion abolishes the Legion code against killing, which leads to Superman's resignation.

Mordru has conquered Earth but the Legion, with the help of the White Witch, drives him away once more.

Still under the control of the Dark Man, the traitor Blok helps demolish Legion HQ, murdering the entire team.

8 The Origins and Powers of the Legionnaires (The Legion of Super-Heroes) Comic story, 2 pages

Only first two pages reprinted from a seven page feature.