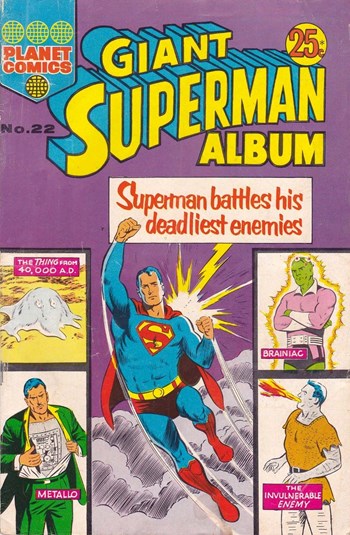 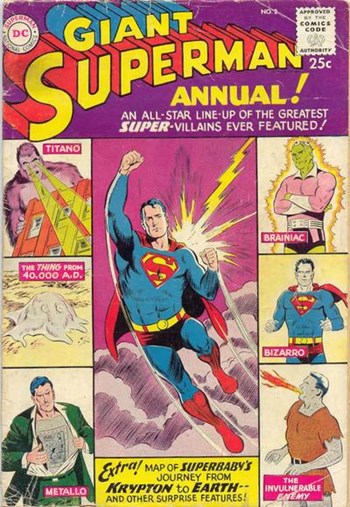 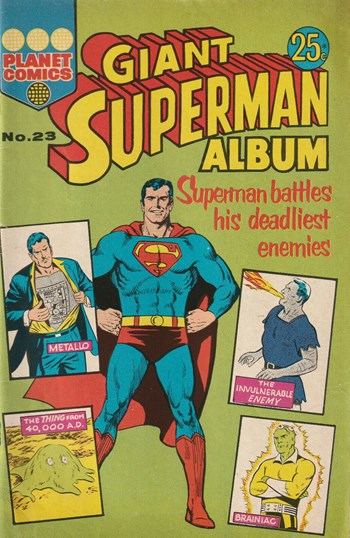 Two images have been removed from cover original. The wrong cover may have been used, as most stories in this issue come from Superman Annual 3, Summer 1961. The stories depicted on this cover are reprinted in Giant Superman Album #23. This is the first Planet Comics issue. This isssue went on sale 1960-11-10. Though DC credits the inking of at least the main figure to Al Plastino in the Superman in the Sixties reprint, when asked in February 2009 by Bryan Stroud, Plastino said he was "pretty sure" the entire cover was inked by Stan Kaye. 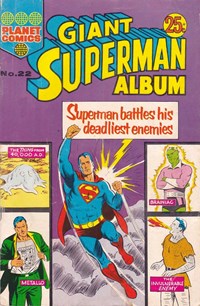 1 The Lady and the Lion (Superman) Comic story, 12 pages

Circe gives Superman a potion that causes him to have the head of a lion until he discovers the antidote. 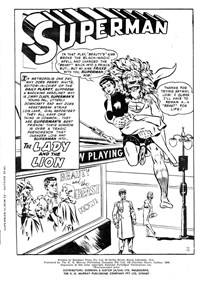 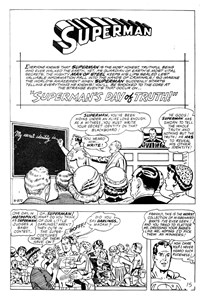 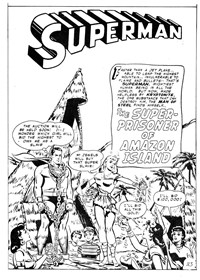 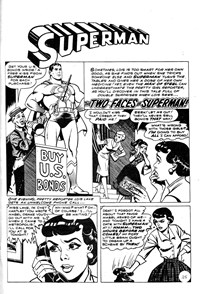 5 The Superman of the Future! (Superman) Comic story, 12 pages

Superman poses as the Future Superman, who has the power to predict the future, to smoke out Agent X-3 and prevent an attempt on the life of the President. 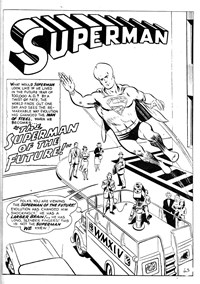 Superman is caught in an atomic explosion and afterwards must bandage his face, or wear a lead mask, to keep anyone from seeing what happened to him. 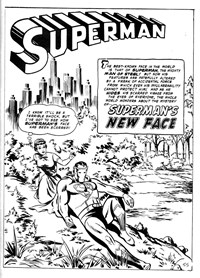