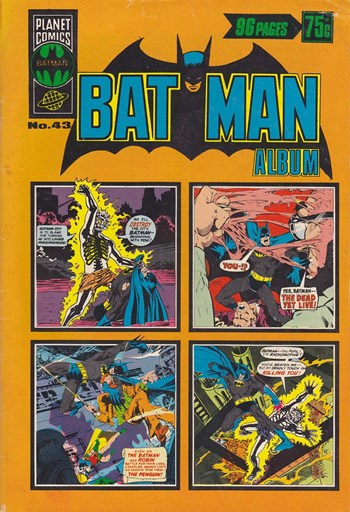 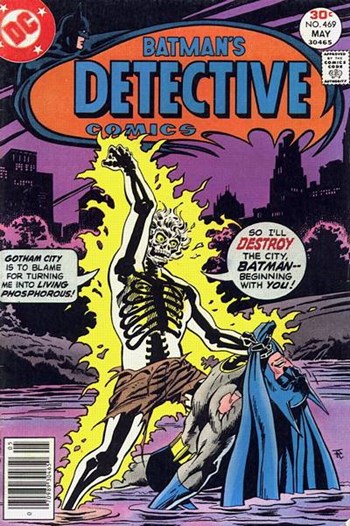 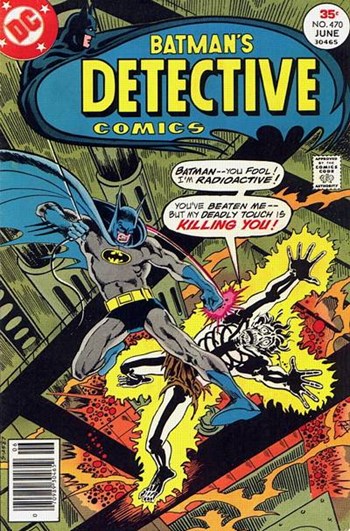 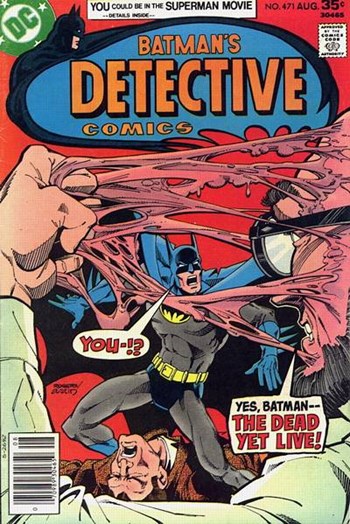 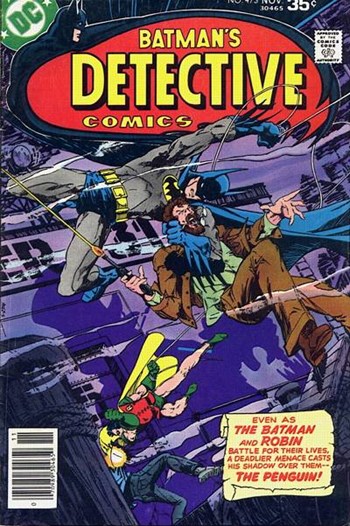 ""Gotham City is to blame for turning me into living phosphorus! So I'll destroy the city, Batman--beginning with you!"; "You?" "Yes, Batman--the dead yet live!"; Even as Batman and Robin battle for their lives, a deadlier menace casts his shadow over them--the Penguin! "Batman--you fool! I'm radioactive! You've beaten me--but my deadly touch is killing you!"" 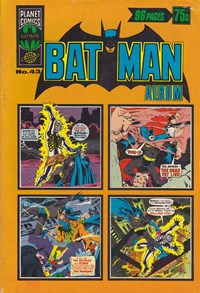 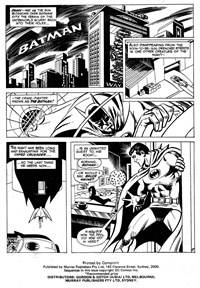 When Alfred collapses, Batman discovers many more people are mysteriously becoming sick. The Dark Knight realizes that the Gotham City water supply has been contaminated, so he goes to the Gotham Reservoir and finds the person responsible for the contamination, Dr. Phosphorus.

Dr. Phosphorus visits an old colleague and explains how he became a monster when the reactor core at a nuclear power plant in which they both invested exploded and that he now plans to take his revenge on all those he blames, particularly City Council Chairman Rupert Thorne.

Bruce Wayne checks into the private hospital Graytowers to recover from injuries he sustained fighting Dr. Phosphorus, but he soon discovers that Hugo Strange is using the facility to turn the rich and influential patients into his mindless slaves. When Strange sics a venomous snake on Batman, which knocks the hero out, Strange uncovers Batman's secret identity.

Hugo Strange, who has taken over Bruce Wayne's life, offers to sell the Batman's secret identity to the highest bidder. But Boss Thorne doesn't want to play that game, and tries to beat the information out of Strange. Meanwhile, Silver, who suspects something is wrong with "Bruce," summons Dick Grayson, who rescues Batman from Strange's captivity as Robin.

Though it seems that the Penguin has designs on the statue The Malay Penguin, Batman decodes the clues the villain drops and puts a stop to his real plot.

This issue was classified as unrestricted in the Government Gazette of the State of New South Wales (Sydney), Friday 15 June 1979 (#79).