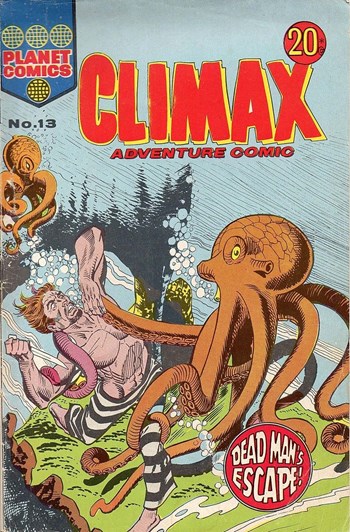 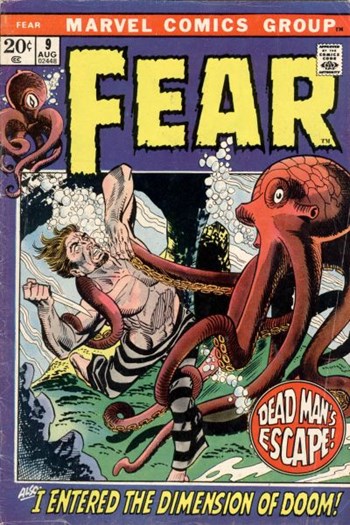 First use of the Planet Comic logo for this series. 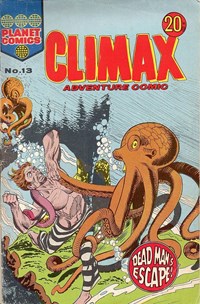 "Men on Earth had colonized Venus and had explored Mars, but beyond them lay the unknown quantities!"

When Earth repeatedly loses contact with exploratory expeditions to Uranus, Johnny heads to the Umbriel region in his super-fast Altairian ship to investigate. He, too, is captured by metalic tentacles and drawn down to the surface. Jumping ship, he heads for the enemy's city. There, he is completely ignored, and he finds he has been made invisible by the strange luminosity on Umbrial. He uncovers a plot to create war between Earth and Ganimedes, and recaptures his ship to stop the planned attack.

This is probably the second episode of Johnny Galaxy. Johnny travels alone in this story and there is no mention of the Space Patrol organisation. Earth has limited and slow space travel. Some of the faces look like Beá may have been assisted by Fernando Fernández. 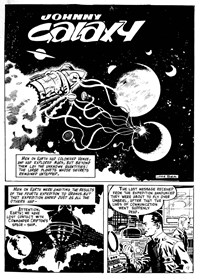 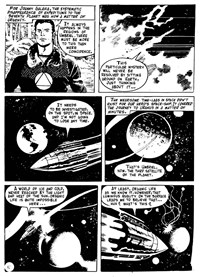 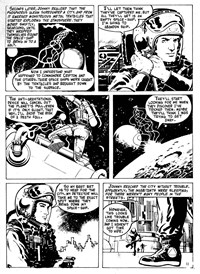 4 How Shall I Kill Thee? Let me Count the Ways (The Black Widow) Comic story, 10 pages

First use of the Planet Comic logo for this series.