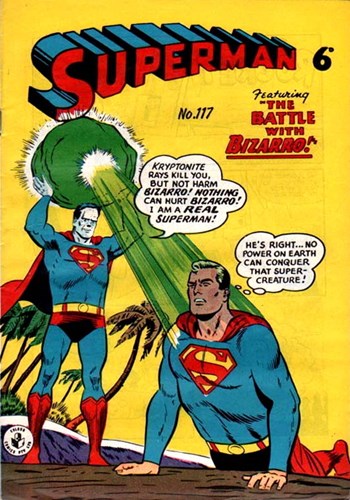 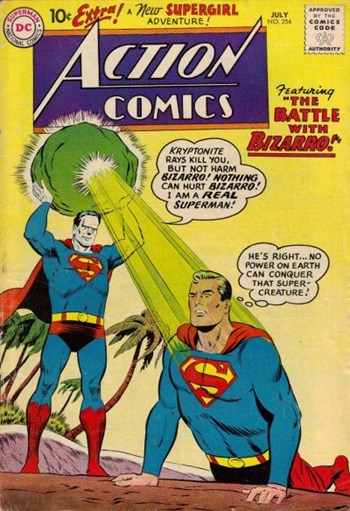 "Featuring "The Battle with Bizarro!" "Kryptonite rays kill you but not harm Bizarro! Nothing can hurt Bizarro! I am a real Superman!" "He's right…no power on Earth can conquer that super-creature!"" 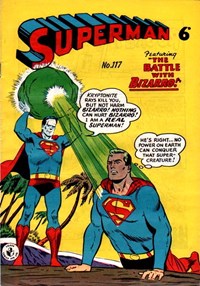 Bizarro keeps the real Superman from revealing to Lois that she has been proposed to by Bizarro's duplicate, whom he calls New Bizarro, with a kryptonite meteorite, but Lois realizes New Bizarro is not the true Man of Steel. But New Bizarro doesn't give up easily, and the duplicates fight each other. Bizarro seeks out Superman's help and destroys the kryptonite, turning it into a dust cloud which destroys New Bizarro. Bizarro resumes courting Lois, until Lois creates a duplicate of herself so that Bizarro can have his own Bizarro-Lois.

"Oh mister-- has the three-ten train gone yet?"

The use of this cover and feature story in the contemporary Austrian issue, Superman Supacomic #6, may suggest that this issue was not distributed in Australia.