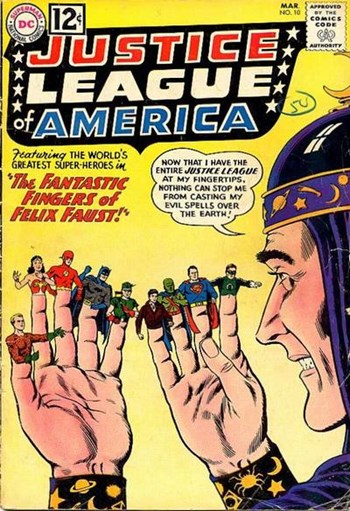 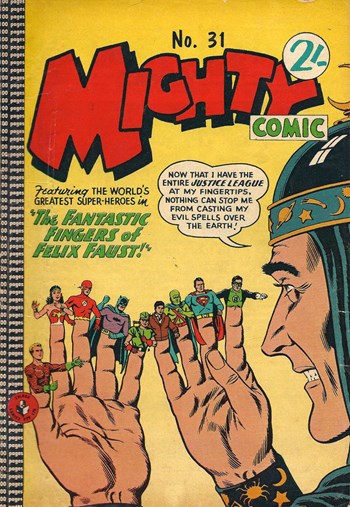 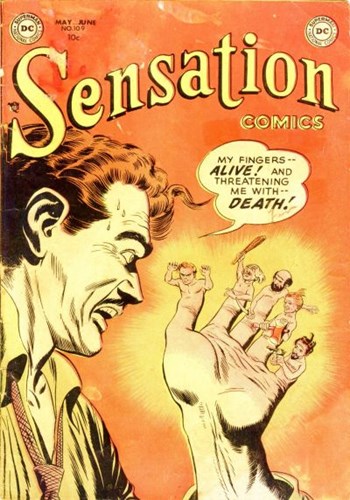 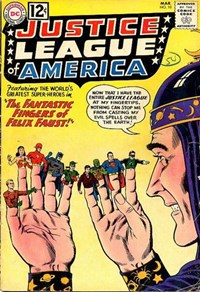 Felix Faust learns that the Demons Three--Abnegezar, Rath, and Ghast--can only be freed from a spell involving the Red Jar of Calythos, the Green Bell of Uthool, and the Silver Wheel of Nyorlath, which were hidden long ago by their jailers, the Timeless Ones. Meanwhile, the Lord of Time unleashes warriors of the past and future on the present to steal for him. As the League tries to stop him, they disappear one by one and find themselves under the control of Felix Faust, who orders them to retrieve the items needed to free the Demons Three.

Story continues in Justice League of America #11 (May 1962); mentions the Necronomicon and H.P. Lovecraft. Story is told in three chapters, each ending in 2/3 page.