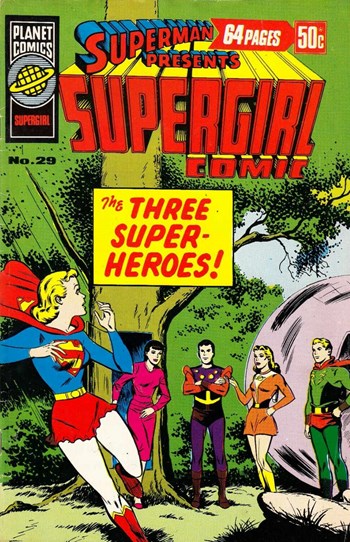 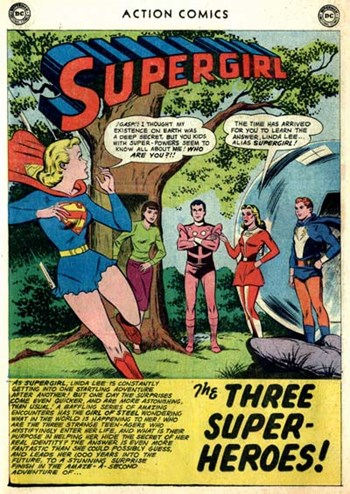 The colouring for all of the Legion of Super-Heroes costumes is wrong. 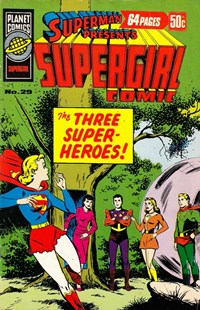 The Legion comes to the 20th century to meet Supergirl and invites her to come to the 30th Century to apply to join the Legion.

This sequence is sourced from the reprint in Action Comics (DC, 1938 series) #334 (March 1966), which includes the removal of two pages and changes to align with later continuity, not the original in Action Comics (DC, 1938 series) #267 (August 1960). It reprints the third appearance of the Legion of Super-Heroes and the first appearance of Chameleon Boy, Colossal Boy and Invisible Kid. 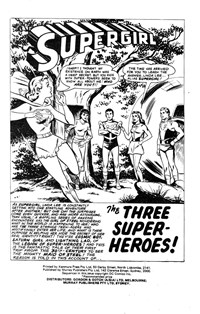 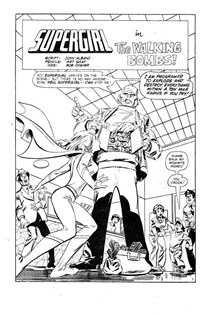 Supergirl finds a young girl with super-powers and takes her home until she can find where she came from and who her parents are. 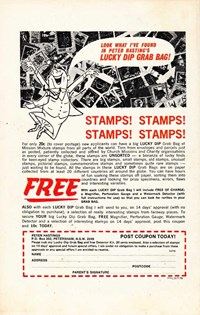