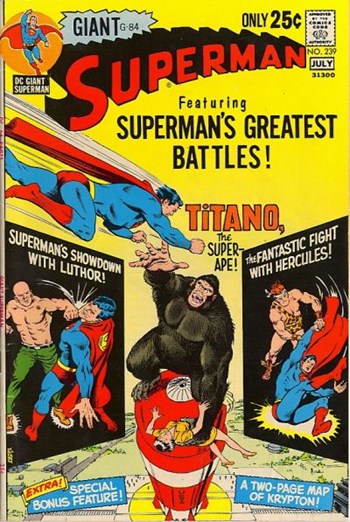 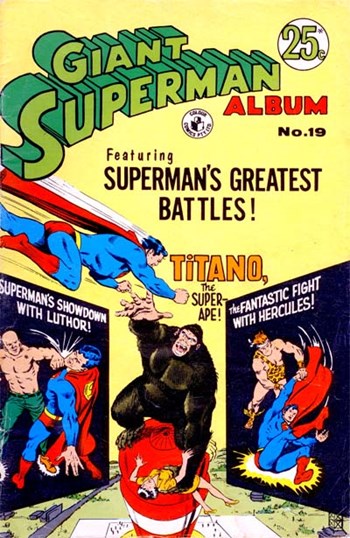 Lois befriends the intelligent chimp Toto just before he is sent into orbit inside a satellite. While in orbit, the satellite passes by a collision of a uranium metorite and a kryptonite meteorite, which cause the chimp to grow to enormous size and shot kryptonite beams from his eyes. Because of his transformation, Lois re-names him Titano. Though not meaning any harm, Titano poses a threat to humanity, and Superman, Lois and the army trap the giant chimp, planning to execute him. But Lois devises a plan to block Totano's kryptonite vision so Superman can send him into the distant past where he can't harm anyone.

4 The Showdown Between Luthor and Superman! (Superman) Comic story, 17 pages

Superman From the Thirties to the Eighties (Crown, 1983 series) (1983) — The Showdown between Luthor and Superman